Welcome to the Kyriarchy: Asians are the New White

The hardcore Leftists over at Google are bemoaning that they are not “diverse” nor “look like America.”  The lack of “diversity” in the communities and businesses most synonymous with spouting “social justice” nonsense is no surprise.  What may come to a surprise to many is that the lack of Blacks and Hispanics isn’t due to “White privilege.” In fact, non-Hispanic White’s are also underrepresented at Google with only 61% of their employees being White, which is lower than the 67% national average.  So, who are taking all the jobs?  Asians. 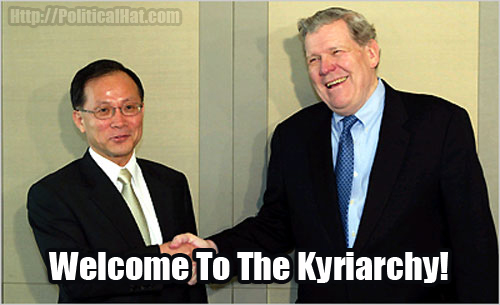 That the overrepresented group, demographically speaking, is often ignored or worse:

“[C]alling Asians white is often a tool for misleading the public.  Falsely calling a school ‘lily-white’ gets a strong reaction from readers.  Accurately saying “There are relatively few blacks and Hispanics at the school, but there are many Asians, perhaps more than there are whites” leads to a much more complex (as well as more well-informed) response.  Falsely talking about plummeting ‘minority’ admissions makes more political hay than accurately describing decreases among some racial groups and increases among others.”

The fact remains the same, though, that in order to have “diversity” and a pool of employees who “look like America,” there is no other choice but to reduce the number of people of East Asian ethnicities and instead provide Affirmative Action for not only Hispanics and Blacks, but also White people.  Long gone are the days where you could target White people to increase the number of non-Whites across the board.  Now, you must either use Affirmative Action against people of East Asian ethnicities who are overrepresented, or discriminate against an underrepresented group (i.e. Whites).

This is exactly why there was such an outcry over the recent attempt in California to allow racial preferences and Affirmative Action in the University of California (as well as other state schools).  Whites being a minority, and an underrepresented on at that in the top UC campuses, the only way the could get more Hispanic and Black students is to discriminate against Asian students.

In effect, Asians have becomes the new Whites.  As UCLA’s Eugene Volokh notes:

In effect, people of East Asian ethnicities are now part of the “Kyriarchy.”  While some rabid Leftists would insist that this group being overrepresented is a form of oppression or otherwise some insidious plot of interlocking hierarchies, it is, in reality, just proof that the opportunities that America provides is race-neutral, and highly inclusive.

One day, perhaps, we can all be “Kyriarchs.”