With increasing regularity, the far Left feel themselves to be ensconced enough in power as to punish others for not being as rabidly radical in their Progressive ideology as they are.  Case in point: Anti-straight & “anti-bully” bully Dan Savage is being condemned for uttering the word “tranny.”

Savage spoke the words at the University of Chicago at a pro-Gay event.  The irony is that Savage was trying to “reclaim” the word “tranny” as a term of pride, much like has happened with the word “queer.”  Of course, as far as the outraged LGBTQ students who started a petition to condemn the “transphobic” slurs are concerned, Dan Savage is a member of the White Cis-Patriarchy, who is also condemned for being “misogynstic, biphobic, transphobic, and racist.”

When places and institutions run out of the designated “boogie-man” of White Cis-Gendered Heterosexual Males (i.e. the “Kyriarchy), the ingrained thinking of the Left seeks another boogie-man, for theirs is the ideology of “us vs. them” – of “oppressors vs. oppressed.”  In a world where the more “oppression” you can claim to suffer results in a higher place in the moral hierarchy of Leftist grievance groups, you can only maintain that moral purity be lashing out against “less oppressed” groups that are deemed to have more “unearned privilege.”

After the October Revolution in Russia, the greatest enemies were not the Bourgeoisie or the Czar, but fellow Marxists and anarchists who were rivals for post-Revolution power.  Much like the Leftists of old, the modern day Bolsheviks will smash all rivals to their hierarchical primacy.  The modern day Menshiviks, such as Dan Savage, will then suffer the fate of the unrepentant who are morally “impure,” such as the White cis-genderd male that Dan Savage is. 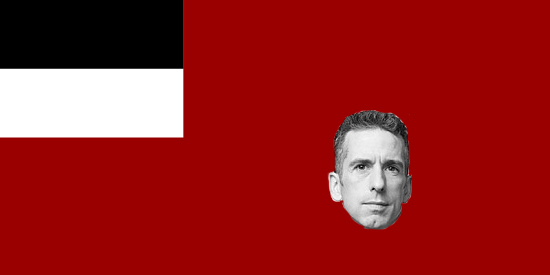 “First they came for the Straight White Cis-gendered Males…”

This entry was posted in Education, Progressives and tagged FAIL, Gender, Kyriarchy, Social Justice, War on Women. Bookmark the permalink.