In the Progressives’ dream of a New Feudalism, where the meritocratically elected elite will guide and take care of the unwashed masses, the people demand their own slavery and their own dependency on the state and on the elites. 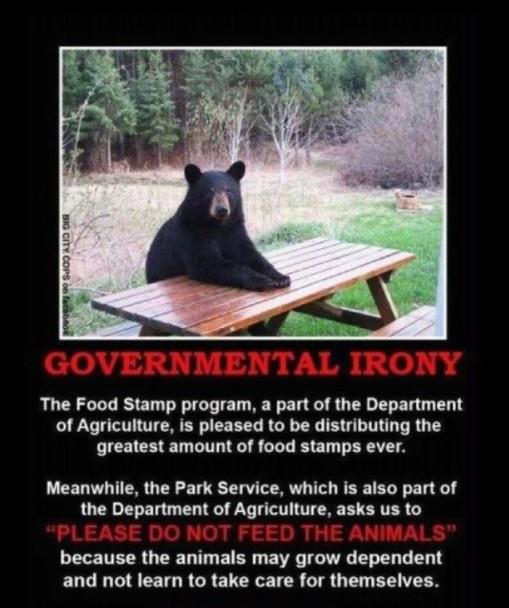 This, however, is counter to that civic heritage in America where it self-sufficiency that is lauded above all else.  How will the Progressives change this core ethic?  Easy: They start with the children.

The USDA is now trying to add another 5 MILLION  subsidized meals to the already 161 MILLION subsidized meals supported by the Federal government.  No doubt, there are some children who live in households that don’t have a lot of food to go around.  But that should be primarily the concern of the extended family and community, and then only of the local government if that is not possible, with the state government being the last resort in extreme cases.  It is not, and ought not to be, a Federal issue.  But it is because the fallacy that lack of Federal subsidy somehow equals with intentional oppression.

It is an example of a government program existing on what it is supposed to eliminate.  No bureaucrat really wants that, so perpetual dependency of people on it is the real goal.  The indoctrination of children, and the normalization of nouveau norms, has been standard operating procedure for the Progressive left for well over a century.

The Progressives offer the easy path: Get what you want and not have to worry later.  That is the poorly chosen path.  The path of hard work and determination is the more difficult path, but it is the better one.  It is the path of kith and kin being the rock upon which society stands, and the path upon which someone can stand on their own two feet and live their life the way they want.

“Seek freedom and become captive of your desires.  Seek discipline and find your liberty.”

This entry was posted in Education, Progressives and tagged Communism, Democrats, New Feudalism. Bookmark the permalink.