The Civic Basis of Our National Heritage

America is not limited by ethnicity, nor is it defined by its geographic extent.  It is the essence embodied by the cultural, civic, and moral Anglo-Saxon inheritance that transcends such boundaries as blood and land.  It is a heritage that we share with other Anglo-sphere countries.  It is something that is not limited by some tribal bounds, but is openly available to those grasp for it. 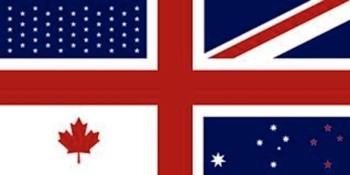 MEP Daniel Hannan gave a spot on speech on the civic heritage of the Anglo-sphere countries, and how they are defined by their civic heritage, rather than an ethnic or geographic one.

The uniqueness and preciousness of this heritage, and why it is worth fighting for, is stated by Hannan clearly when he says:

“What are those values?  What is it that defines us as Anglo-sphere peoples?  The origin of it is something so sublime and so miraculous that the longer I think about it the harder I find to explain it.  And that’s the common law.  This extraordinary and providential idea that the law does not emanate from the government, but rather the law was already there and the government must be subject to it.  That even the king and his ministers must obey the folk-right of inherited law that came from some where else.

“We inherited it from our parents and they from theirs and so on and so on back to some point lost in the early Anglo-Saxon years.  I don’t know how it happened but it happened. And once it was there it defined the relationship between state and citizen on the basis for the common law system we understood that the government was there as the servant of the rest of us rather than the other way around.  Laws did not emanate from the legislature, it was not above the rest of us. The relationship between government and governed was a different one.  From that basis comes all the other things which the English-speaking peoples have given to the world.”

The entire speech can be seen below:

As Hannan sums up: “It doesn’t matter where our ancestors came from, we are all inheritors of that sublime patrimony.  It’s our privilege and our task to cling fast to that heritage and pass it on intact to our children.”