“Your child belongs to us already…”

In no other institution has the Progressive left’s “march through the institutions” had such a major and destructive effect, then through our education institutions.  From peddling racialist nonsense and hatred, to pushing identity politics above all else, universities and colleges have become places of indoctrination for the new way of thinking.  The result of this is that the foundations of Western civilization have been torn down and replaced with an army of indoctrinated fools.

This take-over was not done by a direct assault, or even by a large group, but rather from a tireless minority that played the long game and allowed their poison to infect and make the body politic gangrenous. 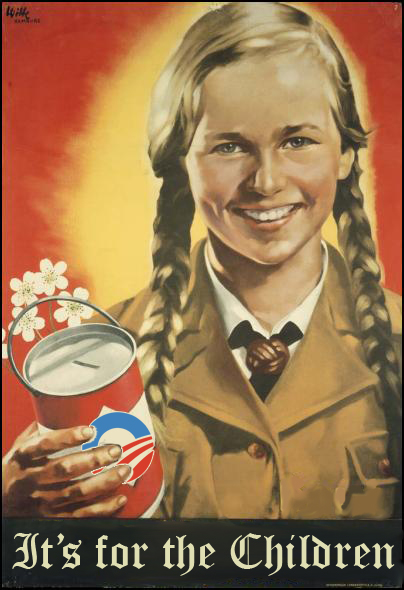 Bruce Thornton describes this as a “trickle down effect” where “grandees at the elite universities train the PhD’s who go on to second and third tier institutions, where they in turn train the students who get high school and grade school teaching credentials. They also write most of the textbooks that end up in K-12 classrooms. Thus the progressive ideology metastasizes throughout the educational system, determining the curriculum, the textbooks, and the point of view of the teachers.”

Thus, like kudzu spreading from few initial plants to the entire Southeast, the Progressive ideology spreads.  The advantage of this method is that it quickly obfuscates the origin and becomes an institutional problem, where even if the main pushers of the Progressive ideology were to simply go away, the damage and poison would continue to spread.  What this means is that the “politicizing of the universities has… two ill effect”:

“First, the Gresham’s law of education means that adding all this material to the curriculum necessitates the driving out of the traditional curriculum––based (imperfectly, to be sure) on fact and argument––that could provide the empirical antidote to this left-wing toxin. Second, generations of credential students have sat in these courses and then gone on to teach in high schools and grade schools, and to write the textbooks and curricula that propagate this ideology. The result is a student population ignorant of the basic facts of history, the vacuum filled with melodramas of victimization, racism, oppression, and violence that cast the United States as a global villain guilty of crimes against humanity. A mentality is fostered that is receptive to domestic and foreign policies predicated on American guilt and the need to make reparations for historical crimes, whether by foreign aid, global retreat, or the surrender of sovereignty to international organizations.”

The goal, then, of the Progressive so-called-educators, is to make “educated a synonym of liberal” and to make “all educated young people,” as Stacy McCain puts it, “be liberal young people.

Parents tend not to realize just how much things have changed, and continue to change, since they were in school, and often are unaware as to the changes.  Thus it is often too late to correct the damage if they by some chance actually find out what is happening.  If the parents stand up against what the indoctrinators have wrought, the indoctrinators may simply say to themselves something along the lines of “Let me control the textbooks and I will control the state. The state will take youth and give to youth its own education and its own upbringing. Your child belongs to us already… What are you? You will pass on. Your descendants, however, now stand in the new camp. In a short time they will know nothing else but this new community.”

But the same thing is true in reverse.  If a father or mother reclaims their responsibility to insure their children receive a proper education, then the child will be inoculated against the lunacy of the left.  As Proverbs 22:6 puts it:

“Train up a child in the way he should go; and when he is old, he will not depart from it.”

Therein lies the choice: Stand up against the “trickle down effect” of Progressive indoctrination, or hear from the mouth of babes something like this: