Point Me At The (Raaacist) Sky?

One of the articles of faith for the hyper-racial left is that all White people are racist because “whiteness” is nothing but false and oppressive.  To this end, White people can only fight racism, and so shrive themselves of the “sin” of Whiteness, by destroying everything associated with this “Whiteness.”

Since racism is defined as being the same things as “Whiteness,” the fight against “racism” becomes in large part equal measures of hating Whites and convincing Whites that they are evil incarnate.  The large volume of such idiocy would be impossible for a lone person to fully compile and parse.  However, on occasion, a glaring pile of flaming you-know-what pops up that just begs to be belittled. A confused young man(?) who wrote how “racism is to white people as wind is to the sky” wrote one such post. 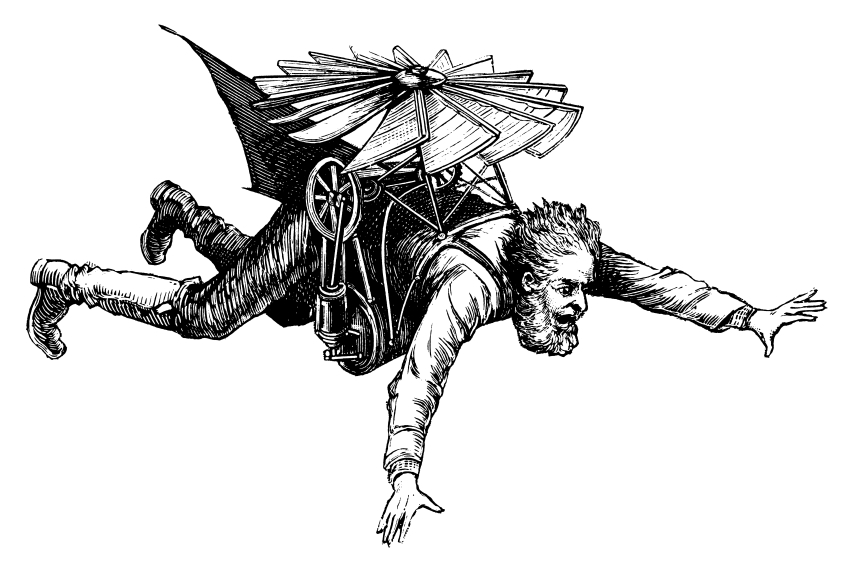 This pile of laughable rubbish is massive, yet the author, a so called queer-something-or -other is himself belittling of “people of colour and Indigenous people” by necessary assuming whatever they say is “widsom.”  Said author also feels that “for every bit of support we offer to white people to change racist behaviours, let’s offer double the support to folks of colour in dealing with living in a racist world.”  Such condescending air of superiority is certainly indicative of someone deserving of all the scorn he piles upon all Whites, including themself.  To prove how all of society is a plot by evil Whites to oppress people, the author give several examples.  Below they shall be cited and given the belittlement they deserve:

“That unconscious bodily reaction that arises in me at times when I feel threatened when I pass Black young men at night.”

A statement that is drenched in assumption and prejudice.  It perpetuates and relies on the assumption that the “Black young men” are necessarily dressed as thugs, rather dressed nicely.   So, if you are wary of some thuggishly dressed young male, and he just happens to be black, these hyper-racial dolts want you to think that your wariness is all due to the young man being Black, as opposed to being dressed as a thug.  Would it be any different if the young Man was White and dresses as a thug, with an attitude to go along with it?  No, it wouldn’t.

“The times when I have tokenised people of colour by thinking “shit, my project is really white, I should ask some people of colour to be a part of it”, rather than building the vision and collaborating with people of colour from the beginning and/or building genuine mutually supportive relationships.”

What?!  Outside of some cultural or historical project, or perhaps some targeted ad campaign, is there really isn’t any logical scenario where anyone would say a project is “really White”?  Speaking solely for myself, no project or work have I done that is “White” or where race has anything to do with it.  This is likely true for most people.  While there may be cultural differences, that is not the same as racial differences.

“When I have given more support, time and resources to white projects and individuals. It doesn’t matter if this was by default (like who happened to ask me) – it is my responsibility to seek out and support people of colour and Indigenous people (if and when my support is welcome). In a world where these communities are systemically barred from access to resources, it is racist to perpetuate this on a personal level in my own life.”

Helping those who asked for help is somehow a paragon of racism?  Treating people differently because of their race does not fight racism, it is the very root of racism.

“The times when I have assumed people of colour and Indigenous people have drinking or substance problems when I see them drinking or using in public. I am in fact an alcoholic, yet nobody thinks that of me if I’m seen drinking in public.”

If I see some bum with a needle in their arm or a bottle of watered-down vodka in their hand, I’m going to assume that they have a problem, because they are providing me with the explicit proof that they have a problem.  Methinks that the author of that post has his own prejudices and substance abuse problems, and it is racist of him to assume that everyone else of the same race is the same.

“When I have failed to understand the ways a police presence could impact on the participation of criminalised communities, especially Black and Indigenous communities. Any time I have invited police presence or failed to take steps to deter it, this is my ignorant racism showing up.”

Clearly it is assumed that the police are part of that raaacist power structure and are the cause of all violence and crime.  If only the police weren’t there, then the non-White communities would live in a White-free utopia which existed everywhere before the evil of Whiteness infected the world!  “All the cops are criminals; all the sinners, saints!”

“When I have failed to take the time to consider how I could make sure people of colour and Indigenous people are central in the decision making of groups I’m a part of.”

Shouldn’t everyone regardless of race who deserves to be part of the decision making group be part of it?  If you don’t think of people in racial terms, then they can not be excluded based on racial terms.  That the author has caught himself doing jus that demonstrates the folly of racializing everything, and treating people as just racial classifications.

I’ve never had that problem.  And never will.

“When I have spent more time reading white people’s opinions on racism than people of colour’s and Indigenous people’s opinions and lived experiences. Yes, I believe there is a strong role for white people in challenging racism, but it shouldn’t over-ride the leadership and wisdom of those who are most impacted by racism.”

Then perhaps the author should follow his own advise and STFU?

“When I have minimised the feedback of people of colour e.g. this time when a friend of colour lovingly and publicly questioned how I presented the race of my green and purple puppets in a showing, I minimised and brushed off her feedback because I was 1. embarrassed and ashamed and 2. I thought I had already addressed what she was saying. I realised later that my shame had prevented me from listenting to her, and in fact I hadn’t addressed her feedback at all. This was racist.”

“Those times when, before even consciously knowing what I was doing, I assumed that communities of colour would be more transphobic and homophobic towards me than white communities.”

Western Civilization, i.e. that raaacist “White” culture, has demonstrated that it is a paragon of tolerance, particularly to the those who are not straight or “cis-gendered.”  That “oppressive” civilization has gone so far as to allow gay couples to grab the mantle of marriage and even to punish people for daring to not agree with even the most radical LGBTQ agenda items!  Some of the main European “conservatives” who are against Islamization of Europe are GAY.  They fear that Muslims will not assimilate and not treat Gay individuals with the same tolerance and acceptance that the “oppresive” white culture does.  But again, that is a cultural difference, not a racial one; but if one excuses anti-LGBTQ sentiment because it comes from “non-Whites” then they should not blame Whites when the gay-bashing begins.

“When I have gotten acquaintances who are people of colour confused with each other. It doesn’t matter that I also frequently can’t recognise white people who I don’t know very well – this is where context matters. In the context of a racist world that makes invisible and dehumanises people of colour, my actions are racist.”

What the author did wasn’t racist, since almost everyone from time to time will mix other people up.  What is pernicious is the idea that it doesn’t matter what he intended, or even inadvertently did, but someone else’s subjective opinion, that made him a racist.

This is where it becomes frightening.  The problem isn’t with someone who made an innocent mistake, but with the person who was offended because of their own prejudices and opinions.  It like the Russian joke “if you see a Bulgarian on the street, beat him. He’ll know why,” but applied to all White people.

That article was followed up by another, equally silly one.  Much of it was run on drivel along the lines of how everything is so White and oppressive and such.  A few point stand out in need of belittlement though.

One of the biggest claims, and a lynch pin for “proving” that society is “White” and therefor racist is the idea of “institutional” racism, where everything is set up to oppress anyone who is not White, with examples such as “schools, legal systems, workplaces, economic systems, religions, government etc.”  Aside from the obvious fact that many of these “paragons of Whiteness” are controlled by the hard-left who peddle just the type of drivel that the author himself spouts, the “proof” offered up is but statistical shenanigans and assumptions.  Just take for example college admissions.  If Blacks are statistically underrepresented, that is blamed on racism; if those of Asian ethnicities are overrepresented, that is also blamed on racism; if a group were somehow proportionally represented, I’m sure that that would be blamed on racism too!

Ultimately, the argument of these hyper-racial dolts goes something like this:

“Racism is exclusively a function of power, as defined by me. As a member of Designated Victim Group X, as designated by me, I do not belong to the dominant order; I do not have institutional power or the leverage of ‘normality’, therefore I cannot be racist, ever. All those who belong to the dominant group, as defined by me, participate in racism, also defined by me. They are racist because they are white. They just are, so shut up. Those who dispute this formulation are, by definition, racist and oppressive.”

Another example is of “safe-spaces” which is based on the prejudicial idea that since all of society is Whiteness incarnate, and more broadly Kyriarchical, that the only way everyone else can fee secure against the evil that is Whiteness is to have a “safe space.”  It is not considered hypocritical or wrong because it is assumed that Whites own everything else so it become no big deal if they are excluded.  This is fundamentally wrong.  What is called “White” is actually the broader society we live in and is defined by a civic heritage that transcends race and ethnicity.  There are practically no “White” spaces that necessarily exclude non-Whites in this day and age.

If we are to fight racial inequality, then we must cease treating people unequally based on their race.

2 Responses to Point Me At The (Raaacist) Sky?