As has been mentioned before, “It doesn’t matter how logical or sane an idea is.  If people don’t understand the narrative it embodies, the whole human experience as it were, then people won’t connect.”  If one wins the narrative, that is, define the context in which political debate will be judged, then one has already won the entire argument.

This is why it is so important for the culture, from memes to mores, to be reflective of that civic heritage that given us both virtue and liberty.  The Progressive left, however, have been fighting this, and with some success, not by staking a logical and realistic case for their position (for they have none), but by demonizing their opponents as evil incarnate and then offering a manichean choice: The evil H8ers and oppressors, or the ones who are opposed to all those naughty things. 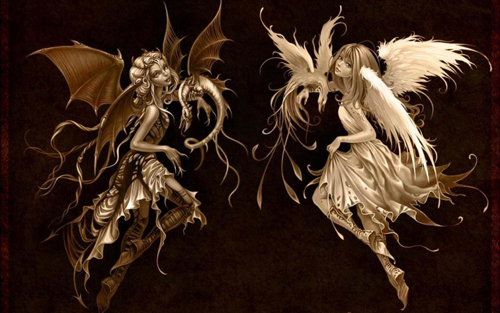 No matter how much the horrors of Progressive governance has been, people will not care because in their minds the greater boogie-man has already been identified.  It can, and will be, difficult to dismiss these new cultural prejudices and assumptions without compromising either our values or our liberty.  It is easy for the Progressives to get people to hate, for hate is always an easy answer.  Convincing people otherwise is difficult, but it must be done if we are to preserve our liberty and our virtue.

This entry was posted in Progressives and tagged Kyriarchy, Occupy, Romney, Social Justice, War on Women. Bookmark the permalink.