Who Are the Real Bullies?

In the name of stopping “bullies” and “encouraging” “tolerance,” schools have already aptly demonstrated that they are willing to punish those who express any type of disapproval of transvestitism or aberrant sexuality, or alternately express evil “hetero-normative” or “cis-normative” values.

The schools, however, are simply the vanguard of the Progressive drive to silence dissent and normalcy.  Once children are conditioned to accept such silencing as normal, they will more readily accept it when their political masters impose such restrictions on our 1st Amendment rights. 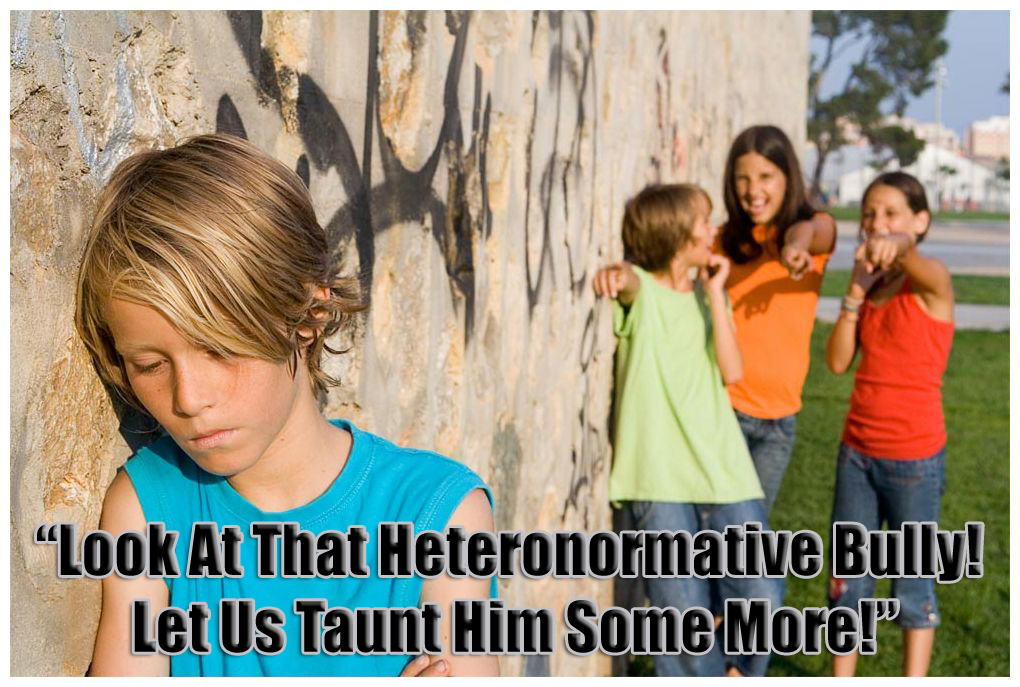 Perhaps we are rapidly approaching that situation now.  A New Mexico legislator introduced a bill this year that would outlaw “bullying,” which has been so broadly written that almost any dissent, or even lack of insufficient affirmation, would be punishable by up to a year in jail.

A. Bullying consists of a pattern of intentional conduct, including physical, verbal, written or electronic communication, that creates a hostile environment and substantially interferes with another person’s physical or psychological well-being and that is:

The bill is so broad, that an purely innocuous statement could be criminal if someone decides it is.  Liberty can not exist if it is dependent on the subjective whims of someone in the position of actual power (as opposed to the fictitious idea of “privilege“).

But that is not a bug.  It is the feature.  As a commentator over at the Volokh Conspiracy pointed out:

“[T]his is essentially a law designed to prohibit any spoken disapproval of certain lifestyle choices. All the other categories are just added to make it appear to apply to all other potential victims.”

The Progressive left, under the guise of “equality” and “tolerance” can and will use such a law to silence legitimate dissent and even punish enemies for innocuous statements, while allowing truly hateful, intimidating, and hostile people to harass those same enemies.

Already, many universities have restrictive and subjective codes administered by Progressively minding bureaucrats, who sometimes have the power to send in the police against “offenders” who simply stated a politically incorrect opinion or unwittingly said something that the rabid left doesn’t think is spiffy.

Reason points out how such codes could be used to silence political opponents.

This is being pushed, not for “tolerance,” but for control over the witless masses…