Election Aftermath — A Snapshot Of Politics In Flux

Aside from that Mrs. Lincoln, how was the play? 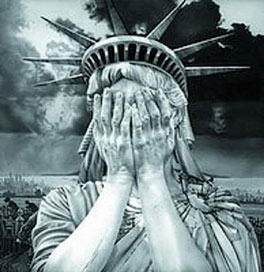 “In a neutral environment, the Democrats were likely to lose the House of Representatives and be endangered in the Senate with the only saving grace being that the GOP started with so many Senate seats already which limits their pick-up opportunities.”

And indeed it looks like the Democrats lost the House of Representative, and were indeed endangered in the Senate (retaining at least 50 seats, by eking out a victory in Nevada by less than 1%).

However, your humble author made the same mistake that almost everyone did: That it would be a rather bad year for the Democrats. Instead of a four seat gain for Republicans in the Senate, the Democrats have 50 and could easily pick up a 51st seat with the Georgia run-off.   Instead of a 30-seat gain in the House of Representatives for Republicans, the net gain will be closer to ten, and a very slim majority. That presumed GOP wave was stated as the reason why many of those candidates predicted to win, but who actually lost, would be “dragged over the finish line”.

The sad thing is that Republicans did do better the Democrats nationally in turnout and votes even while losing many of its own voters, but ended up losing in many places because independents turned against the Republicans… or at least Republicans associated with Trump or his brand of politics. In Georgia, all the Republicans easily won while the Senate seat where the Democrat received a plurality will go to a run-off. In Ohio, Gov. DeWine ran ahead of the Trump endorsed Vance by around double digits.   Dr. Oz lost to a human vegetable.   In Arizona, both the Governor and Senate Republican candidates lost, with the Democrats picking up the Governor’s seat. Democrats kept every other Governor’s seat they held save for Nevada, and picked up three (Arizona, Maryland, and Massachusetts).

In Nevada, the Democrats didn’t get supermajorities in both legislative chambers, but did well as your humble author said they would in a neutral environment without a red wave. The Republicans flipped the Governor’s race and picked up the Lt. Gov. and Controller races, while losing Secretary of State, Treasurer, Attorney General, and U.S. Senate seat. With the exception of the U.S. Senate seat, all the other fared exactly as predicted. What was the difference between the candidates? The candidates who came across as normal human beings that you could have a casual conversation with (i.e. the “have a beer with” test) seemed to be able to win, while those who were more “Trumpy”, combative, or “fighters” tended to lose.

And that’s one of the two big lessons from this election: The moderate swing voters who decide elections rejected “chaos” candidates who were overly pro-Trump, ranted about stolen elections, or otherwise sounded like they wanted to be the proverbial bull in the china shop at a time when people are looking for stability and normalcy in a time of economic worry and after a time of covid disruption.

This doesn’t mean the GOP needs to run “GOPe country clubbers”, just not run candidates who sound like they want to blow everything up for the lulz. Republican Governors DeWine in Ohio, Kemp in Georgia, and DeSantis in Arizona all did very well despite conservative records, including on “culture war” issues because they demonstrated that they could deliver on the bread n’ butter issues that voters most care about. They also did well despite signing abortion bans, in large part because there were exceptions written into the law and all the laws didn’t ban the earliest of abortions, which provided a hard line in the sand that insulated them from the political attacks used against others that they were against exceptions for even the life of the mother.

Abortion was the other lesson, discussed more fully earlier. Your humble author thought that the impact on the election from Dobbs had largely faded, though it would still have an effect on the margins… and those margins turned out to be pretty big ones.

All the signs and portents were that that this election would be a massive GOP wave. Well, almost. There were clear indications that this would not be the case. The failure of the Kansas anti-abortion measure ought to have been a stern warning that attacks on Republicans for being pro-life would work, even if just on the margin. Such attacks are likely why Laxalt narrowly lost the Senate race in Nevada, and why Lombardo didn’t do as well as the Republican Lt. Gov and Controller candidates, Savros Anthony and Andy Matthews, respectively—as can be seen by Lombardo’s larger losing margin in Clark County compared to Anthony and Matthews as well as the later two winning Washoe County while Lombardo lost it.

Your humble authors analysis was broadly right… with that glaring incorrect presumption of a single overwhelming factor that wasn’t.

So, where does leave us now?

Most of the indications that were bad for Democrats, such as inflation, are still there and things will likely get worse on some fronts. And with one of the best midterms for an incumbent party, the Democrats aren’t likely to shake things up too much for now. The biggest question is whence goes the Republicans? If the Republicans can rally around a Presidential nominee, and nominees for lower offices, then they’ll be in a much better position for 2024; they’ll face doom if they don’t. That isn’t the only reason, and there are plenty of other lessons, such as the need to learn how to ballot harvest and win absentee voting (which they used to be very good at), and not having the party central committees (national, state, and local) run by idiots who just want to hold on to their titles and intraparty power.

tl:dr Democrats are in status due to Republican derping; Republicans are in flux and are poised for a nascent change.

This entry was posted in Elections and tagged Democrats, FacePalm, FAIL, GOP. Bookmark the permalink.

One Response to Election Aftermath — A Snapshot Of Politics In Flux