With all the advancements of science, perhaps the ability to generate complex life from a handful of cells has so many unexplored vistas of possibilities, including the genetic engineering of catgirls suitable for domestic adoption.   A research team at the University of Cambridge has now created “synthetic” embryos complete with beating heart and functioning brain:

“Scientists from the University of Cambridge have created model embryos from mouse stem cells that form a brain, a beating heart, and the foundations of all the other organs of the body. It represents a new avenue for recreating the first stages of life.

“The team of researchers, led by Professor Magdalena Zernicka-Goetz, developed the embryo model without eggs or sperm. Instead, they used stem cells – the body’s master cells, which can develop into almost any cell type in the body.

“By guiding the three types of stem cells found in early mammalian development to the point where they start interacting, the researchers mimicked natural processes in the lab. The scientists were able to get the stem cells to ‘talk’ to each other by inducing the expression of a particular set of genes and establishing a unique environment for their interactions.”

And what comes after the mouse but the cat? With lab grown embryos and the development of artificial wombs, it will only be a matter of time before the world will be filled with catgirls! 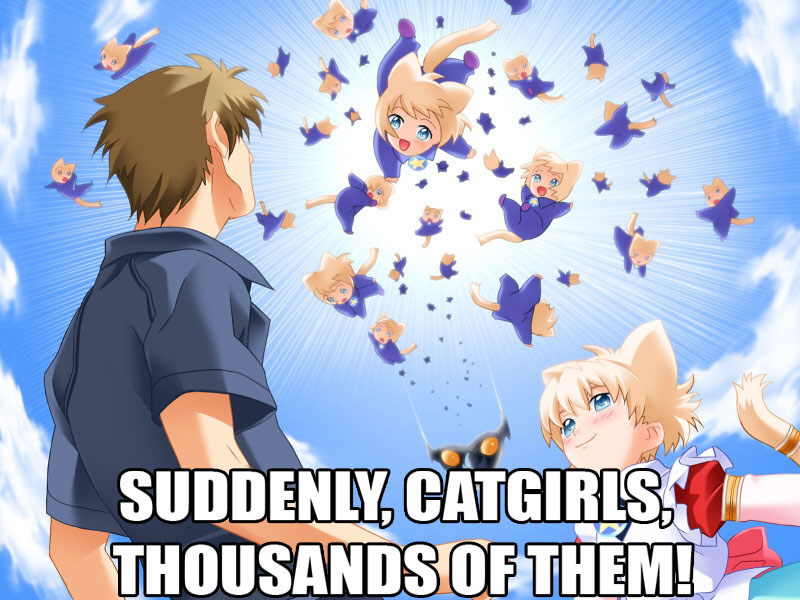 Most importantly, the development of a synthetic organic brain for hyper-intelligent catgirls is now possible:

“A major advance in the study is the ability to generate the entire brain, in particular the anterior part, which has been a major goal in the development of synthetic embryos. This works in Zernicka-Goetz’s system because this part of the brain requires signals from one of the extraembryonic tissues to be able to develop. The team thought that this might be taking place from their 2018 and 2021 studies, which used the same component cells to develop into embryos at a slightly earlier stage. Now, by pushing development just one day further, they can definitively say that their model is the very first to signal development of the anterior, and in fact the whole, brain.”

Some, however, find ethical problems and caution strict limits.

“The broader point in this news is that biotech researchers are developing the most powerful technologies since the splitting of the atom. The time is now — while the field remains embryonic — to establish enforceable ethical and legal boundaries about what can be done, particularly with human research, and what shouldn’t be allowed. Boundaries are needed to help us navigate the tremendous potential of bioscience, without falling into the crassest kind of utilitarianism in which unborn human life is desiccated of all intrinsic moral value.”

To which there can be only one response: