Florida To Gaia: No Rights For You!

This is a push in some parts of Florida to grant “rights” to Gaia, including creeks, marshes, and lakes. Orange County in Florida passed a “Right to Clean Water Charter Amendment” which granted rights to “nature”… despite this being illegal under Florida law.   Unsurprisingly, a judge in Florida has struck this silly law down.

“A judge has struck down an Orange County charter amendment overwhelmingly approved by voters in 2020 that was aimed at protecting the rights of nature.

“The amendment had spawned a lawsuit designed to block a housing development in fragile wetlands. The suit claimed the development would violate the wetlands’ right to flow freely.

“But Judge Paetra Brownlee dismissed the suit, reasoning the charter amendment was preempted by state law. The 2020 Clean Waters Act, signed by Gov. Ron DeSantis on June 30, 2020, includes a provision that bans ‘local governments from recognizing or granting certain legal rights to the natural environment or granting such rights relating to the natural environment to a person or political subdivision.’” 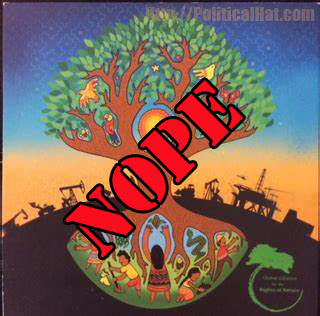 A sensible decision based on the law, but this doesn’t mean that the idea of “nature rights” isn’t a threat:

“But this victory should not make us sanguine. ‘Nature rights’ and ‘animal rights’ activists will keep trying. And there is no denying they are making incremental inroads. Six rivers and two glaciers have ‘rights.’ More than 30 U.S. cities have granted rights to nature. So have several Latin American countries’ statutes and/or constitutions, and so ruled a court in India. An Argentine court granted ‘nonhuman personhood’ to an orangutan. The New York Court of Appeals denied personhood to elephants, but only by a 7–2 margin. When that was tried on chimps in the same court just a few years before, it didn’t even get a hearing. Step by step, inch by inch.

“The time is now for all U.S. states and the federal government to enact laws that restrict ‘rights’ to the human realm and deny direct legal standing to any animal or aspect of the natural world in any court of law. As the Florida lawsuit’s outcome shows, such laws could stop these subversive movements cold.”

Vigilance against the Gaia cultist must never waver.

This entry was posted in Progressives and tagged GOP, Green, Leviathan, Social Justice. Bookmark the permalink.

One Response to Florida To Gaia: No Rights For You!