When a child “comes out” as transgender, everyone is supposed to believe that child without question, with even parents being punished for daring to disagree.   This is because being “transgender” is “who they are” and forcing them to be something they don’t believe themselves to be is evil… just as long as they stay “transgender”.

Notice how many of these same people who say you must believe a child’s self-declared “gender identity” are aghast and bemused when a child changes their mind and comes out as cis-gender? 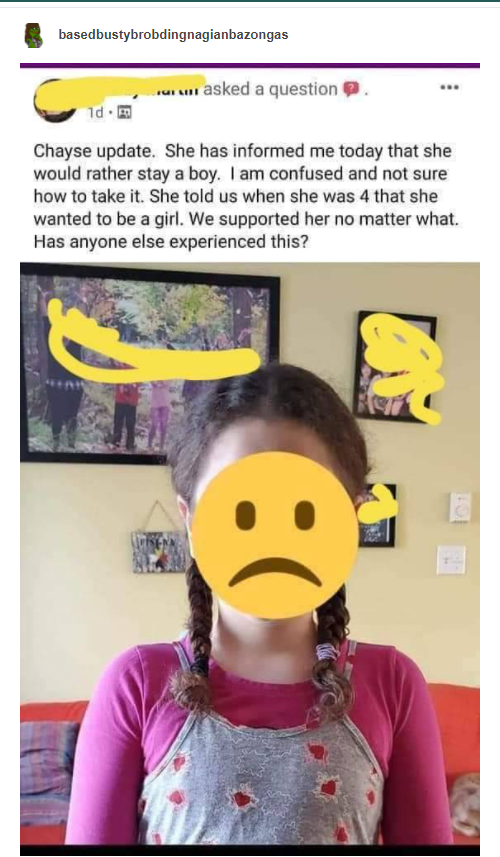 Why, it’s almost as if this isn’t about children “being themselves” but rather part of someone else’s agenda…

This entry was posted in Progressives and tagged FacePalm, Gender, WTF. Bookmark the permalink.