It is increasingly clear that the so-called “scientific” ideology of the Left is little more than a form of magical thinking and with religious fever masquerading as reason. Sometimes they make it clear that they believe that magic is real and just a non-White “way of knowing.” Such is the case of the “serious study” (LOL) of intersectional “anti-colonialism” as applied to… astrology.

“When Alice Sparkly Kat, a queer Chinese Brooklyn-based astrologer, started studying the planets in the early 2010s, there were few books about astrology, let alone ones by people of color. Last year, while teaching astrology to Cantonese- and Mandarin-speaking elders, she began to receive a lot of questions: Why is the West so central in astrological discussions and study, and what are its limitations? These conversations are what inspired them to write Postcolonial Astrology: Reading The Planets Through Capital, Power, and Labor.

“In their new book, Alice Sparkly Kat interprets the stars through history, politics, and postcolonial theory. Throughout their nuanced and intricate analysis, astrology becomes a way to break political and social norms: A look at the relationship of Mars and Venus complicates gendered power dynamics, while a study of the sun becomes a history of surveillance culture and the politics of who gets to be seen. While some might be hesitant to view astrology as political, Postcolonial Astrology encourages readers to study the stars so that they can better understand their own values, views, identities, and desires for the future.” 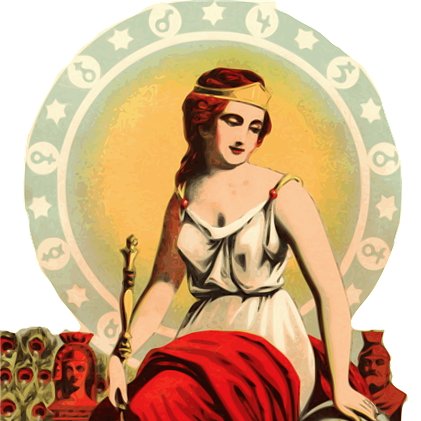 “I’m in your Zodiac, colonizing your astrology!”

But some astrology is a tool of Whiteness or something…

“It’s hard to spot when it’s talking about emotional stuff so often, but there’s a lot of astrological stuff that feels right wing. The ideas of naturalizing gender and manifesting wealth that I write about in the book are conservative. But obviously a lot of people use astrology to break free of those kinds of constraints, so it really depends on how you practice it.”

The most ridiculous part is where “the binary ge4ndr system is very Western” and then cites how some planetary body is considered feminine in one culture or masculine in the other while ignoring the fact that “gender” related aspects in those non-Western beliefs is also… binary. Heck, even the Yin/Yang symbolism is a binary with feminine and masculine aspects.   Ironic, then, that the non-binary view is the Whitest view of them all.

One Response to Woke Mysticism