The term “Great Awakening” refers to several periods in American history when religious revival had a distinct and immense impact on American civilization, the 2nd such Great Awakening in the late 18th and early 19th century being probably one of the better known ones. In contrast with “awakening”, modern society is plagued by an “awokening” wherein mature religious theology and philosophy is replaced by magic in a “golden bough” vein…

“Is the social justice movement that’s sweeping British and American universities a secular religion? The core beliefs of the members of this cult certainly seem to play the same psychological role as the central tenets of the world’s major religions. They furnish their adherents with rituals and blasphemy laws, a way of distinguishing between the sacred and the profane, a vision of what it is to be a good person and live in a good society, and they enable them to engage in tribal sorting, dividing people between members of the in-group and the out-group. No doubt the same could be said of most political ideologies, but there’s one aspect of left-wing identity politics in which it reveals itself as more cult-like than other belief systems. I’m thinking of its magical component.

“This was brought to my attention by the psychiatrist and blogger Scott Alexander. In a post entitled ‘Devoodooifying Psychology’, he compared the concept of ‘stereotype threat’ to a voodoo hex. Stereotype threat holds that if a person is expected to perform badly in a test because she’s a member of a particular group, she will perform badly. It is invoked by the social justice left to explain the under-performance of women in Stem subjects, as well as other group discrepancies. Alexander means two things by this. First, that the effect of stereotyping someone, according to the theory, is similar to that of a voodoo curse, negatively affecting their performance. Second, that the effect isn’t real. Stereotype threat is one of the casualties of the ‘replication crisis’ afflicting psychology, with researchers unable to replicate this finding.

“Another example Alexander gives is ‘unconscious bias’. This is the idea that people, particularly straight white men, are influenced by biases they aren’t aware of that lead them to discriminate against women and minorities. Informing people of their biases, usually by making them take an implicit association test, is one of the key elements of diversity training, which has become an $8 billion-a-year industry in the US even though study after study has shown it doesn’t work. A belief in unconscious bias isn’t confined to members of the intersectionality cult, but they have latched on to it, partly because it enables them to claim racism and sexism are responsible for a host of outcome discrepancies in spite of the evidence that bigotry and prejudice have declined significantly in the past 30 years while many outcome discrepancies have remained stable. Again, there is something deeply irrational about this: a belief in an unseen force that is responsible for many of society’s ills.

“The same belief in magic reveals itself in the claim that certain words or ideas associated with ‘white privilege’ are a form of ‘epistemic violence’, capable of wreaking untold psychological damage on women and minorities. When a group of LGBT+ activists at a university claim that giving a platform to a ‘Trans Exclusionary Radical Feminist’ will ‘erase’ the identity of trans students, it is tempting to dismiss this as hyperbole. But maybe we should take what they say at face value. If we grant them that courtesy, we have to conclude that the members of this cult attribute a terrifying supernatural power to those in possession of ‘white privilege’. They really do believe that the people at the top of the intersectional hierarchy can literally ‘erase’ people by uttering certain words, almost like magic spells. In this context, the ‘safe spaces’ that have been created in universities, in which students are protected from the harmful effects of these spells, are a bit like churches — holy places where evil cannot penetrate.” 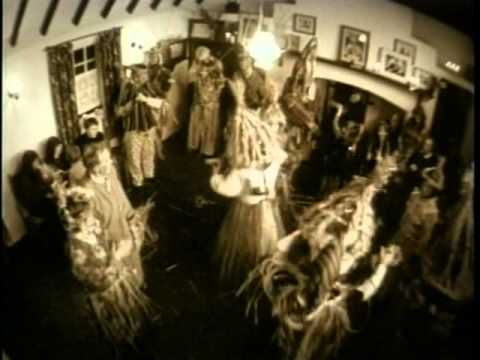 If we must, as a civilization, relapse into a magic in the vein of “The Golden Bough”, then let us at least slip away from the post-modern idiocy that pervades “social justice”.

This entry was posted in Progressives and tagged DOOM, FacePalm, Social Justice. Bookmark the permalink.