“Whiteness” is posited as the underlying evil of American, and Western, society because it creates a “system of oppression” that “privileges” White people by oppressing non-White people. And what better example of that, according to a Washington Post op-ed, than “multiracial whiteness”!

“Trump, by contrast, knows nothing of the history of Latinos in the United States and rarely even pretends to find value in Latinos’ distinct identities. Rather than offering his non-White voters recognition, Trump has offered them multiracial whiteness.”

This so-called “multicultural whiteness” seems to value people as individuals, and offers a lack of racial discrimination by making race an irrelevancy. The typical rejoinder is that by ignoring race we are blinded to how a society is some big insidious plot to oppress some people due to their by… not treating them differently due to their race. 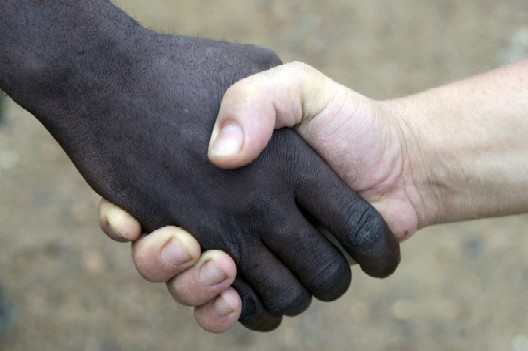 This is what White supremacy looks like according to the Left.

“Rooted in America’s ugly history of white supremacy, indigenous dispossession and anti-blackness, multiracial whiteness is an ideology invested in the unequal distribution of land, wealth, power and privilege — a form of hierarchy in which the standing of one section of the population is premised on the debasement of others. Multiracial whiteness reflects an understanding of whiteness as a political color and not simply a racial identity — a discriminatory worldview in which feelings of freedom and belonging are produced through the persecution and dehumanization of others.”

Yet not having racial supremacy, dispossession, or anti-whateverness is somehow creating racial heirarchies?

What this opinion is admitting, however, is that “Whiteness” and Critical Race Theory are about the old class-based Marxist thought and Critical Theory repackaged to get around the fact that Americans reject Marixst class dynamics that fly in the face of opportunity and the benefits of hardwork by exploiting America’s guilt of not always living up to the astronomically high standards when it comes to equality under the law. “Whiteness”, then, isn’t about White people or even about race: It is about drenching America with racial animus as a cover for class warfare, and threatening non-Whites with the same racial animus shown to White people in order to get them to “play ball” with the Leftist narrative.

Racial inclusivity is a GOOD THING; it is the ANTITHESIS of RACISM.

“Multiracial whiteness offers citizens of every background the freedom to call Muslims terrorists, demand that undocumented immigrants be rounded up and deported, deride BLM as a movement of thugs and criminals, and accuse Democrats of being blood-drinking pedophiles.”

Oh, how dare non-White people think for themselves and believe things that woke elitists, with their oh-so-Western derive ideology demand that they think, such as opposing Jihadi terrorism, supporting a secure border, or opposing the arson, looting, and assaults of the BLM/Antifa riots!

“Here, the politics of exclusion, violence and demonization are available to all. If you want to speak Spanish and celebrate a quinceañera in your family, go ahead.”

This isn’t exclusion; it is the perfect example of inclusion.

This isn’t violence; it is literally an example of peaceful coexistance.

This isn’t demonization; it is an explicit example of of not demonizing anyone.

What a wonderful racial supremacy it is when anyone can be part of and benefit from equally regardless of race!

One Response to Multiracial Whiteness