Dear Mexicans: Welcome to the Kyriarchy!

Specifically, those Mexicans who are Mestizo or heavily White ethnic heritage, who are the “colonizers” who are oppressing “Central Americans” in the “immigrant caravan” (as well as White-free “indigenous” people and those of noticeably African decent. 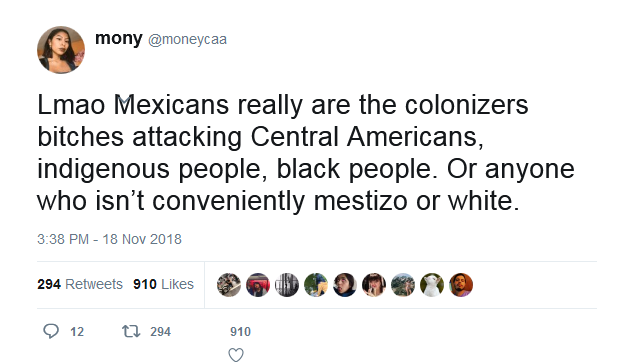 The list of “privileged oppressors” continues to grow. Not only are straight Black men and those of Asian ethnic decent now considered “kyriarchs“, but now also Mexicans who are angered by foreigners coming to their towns demanding free s**t!

The irony is that the Aztecs were a people who were not “native” to the Meso-American area around what is now Mexico City, but rather advantageous invaders who oppressed the more native peoples, before those other people rose in revolt under the banner of Cortez the liberator!

This entry was posted in Progressives and tagged derp, Kyriarchy, Lulz, Social Justice. Bookmark the permalink.