Taking The Piss Out Of Men In Sweden While Sitting Down

The Swedish Left Party in Sörmland want men to sit down while they urinate.

“Men who work for the Sörmland County Council in central Sweden should sit down rather than stand up when urinating in office toilets, according to a motion put forward by the local Left Party chapter.

“The Left Party in Sörmland is taking a stand to ensure men take a seat when emptying their bladders in the county council’s own toilets.”

Is anyone surprised that the feminist utopia/rape capital of Europe would want to symbolically emasculate their men? But, of course, this being Sweden they won’t stop there and will push on to making office toilets genderless.

“As a first step in its quest to get men to take a seat, the Left Party proposes labeling toilets which are designated for men who absolutely want to remain standing when they pee.

“The Left Party’s Viggo Hansen, a substitute member of the county council and the man responsible for the proposal, wants the office toilets to be genderless and as a result, is pushing for the ‘sit-down only’ requirement.

“He insisted, however, that the move doesn’t represent political meddling in people’s bathroom habits.”

The only reasonable response to this is “Piff off!” 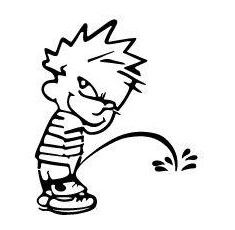 This entry was posted in Progressives and tagged DOOM, Europe, FacePalm, Gender. Bookmark the permalink.