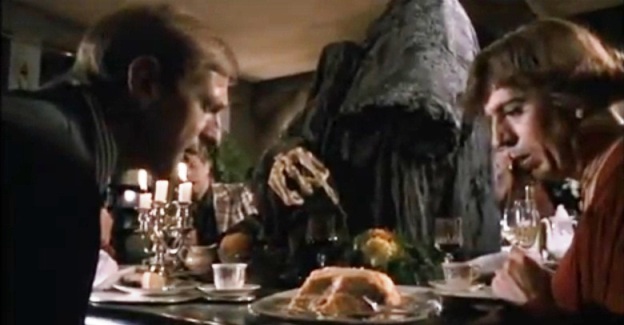 So, what has British “humor”—in all it’s political correctness—degraded to?

It's time for us to check out how those wacky and zany folks in terrestrial TV comedy have been gettin' on since we all stopped watching.
What d'ya think?pic.twitter.com/IbZZrJPyvB

As the veritable Daniel Hannan notes, “Does anyone, even the wokiest of the woke, actually find this funny? My suspicion is that it triggers a kind of Pavlovian response: ‘Ooh, she said something about racists, I’d better guffaw’.”

But the sadness of this clip is not so much from the clip itself, but from it’s fall from comedic gems such as these:

Sadly, British Comedy seems to have collectively imbibed upon the Salmon Mousse…

One Response to Decline & Fall of British Humor