From the French Revolution and the Reign of Terror with its obsessive desire to toss old units of measurement and replace them with with such follies as metric time and a new calendar untethered to the past that starts at “Year One” in the 19th century, to the Khmer Rouge and the Killing Fields where the sins of the past would be washed away in a tidal wave of blood in “Year Zero”, there is a tendency to eliminate the inconvenient past that might contradict with the utopian narrative of the future that is perpetuated to a degree that is, ironically enough, almost conservative in nature.

It is far to easy for one to say that “it can’t happen here” based upon some idea that “normalcy” is somehow in perpetual motion rather than a commitment that must be taught in the face of opposition and contrarianism to future generations to come now and into perpetuity.

Instead, however, we have seen so much of society far too readily embrace organizations and ideology that wants to eliminate American society and civilization and “burn down this system and replace it”. Momentum has built to the point where to not embrace this revolution in society is to results in, at best ostracism, and at worst mob violence and execution. The history, culture, and very being of America is now erased and replaced with a new woke narrative that portrays it as a fairy-tale villain in order to justify in absolutely, unequivocally, and sacrosanctly its antithesis with blindness to the hell of the rough Hegelian synthesis that slouches towards America to be born. 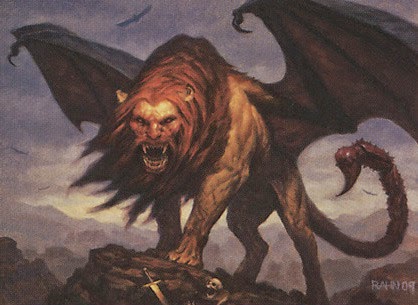 But ‘tis not a Jacobin revolution we are seeing, but a Fabian one. The pillars that supported the mores, values, and essence of America were replaced piecemeal sub rosa, and what we are seeing now is simply the tearing down of the thin edifice that signaled “normalcy” to those who did not grok the full depth, extent, and manner of the Gramscian march that ate though America like a worm through an apple. The precepts have changed and those who now cry out that no one seems to listen do not realize that they are now the barbarians inside the gate. This not a battle for fundamental transformation, but a signal that the fundamental has already been transformed and we are now seeing the woke Quinceañera of this brave new world.

This is not to say that they are not still immanentizing the eschaton—for it was not so much about the eschaton as it was about the immanentizing—but the momentum has become so great that many who instituted the change feel that now is their Fabian moment. The increasing open acceptance and embrace of this fundamental transformation to birth a new “beginning of history” has become manifest, with support for a nouveau regime made clear, such as support for:

Most of these are supported by the intellectual Left, almost all of whom are White, and the approval of such notions continue to increase unabated. The pattern of emphasis is clear:

“The dynamics of cultural attractiveness mean that when it comes to national identity, people privilege the patina of age, which is associated with both native or settler origins, and moral archaism. The more indigenous and morally troubling past is favoured over the tolerant and superdiverse present; core nation-building regions like Tuscany over deprived peripheries like Sicily; and elite scribes like Socrates and buildings like the Acropolis more than the slaves and peasants who sustained and built them. All offend modern sensibilities. If today’s left-modernist puritans looked behind UNESCO’s world heritage sites to see how the sausage was made, they would dynamite our precious heritage. The only reasonable aim is to strike an accommodation between culture and equality, one that preserves the past while making space for alternative interpretations.”

But now, the problematic becomes dominant because rather than strike that accommodation or balance—or to understand that a culture could have both wonderful and venerable people and achievements, as well as elements that contradict both modern sensibilities and lofty standards that were to aspire to—the wonderful and venerable is subsumed into the bad and declared to have been not just not only made possible by the bad, but that the bad was instituted for the purpose of creating those things that were considered wonderful and venerable, thus negating said wonder and venerability of those things, the result of which is that all of history is degenerated into a form of pure evil, that by sheer contrarianism elevates mere opposition to the manichean “good” to this now axiomatic “evil”.

As a consequence, inconvenient truths must be erased from history left people compare in an objective way the axiomatic “evil” of the past with the correlatingly “good” of the woke present and future, just as Mao’s “Cultural Revolution” sought to eliminate the “四旧” (Four Olds). History, then, must be not be a part of history, but the original sin from which the brave new world sprung to initiate a brave new history where only the perpetual future of the present is inexorably marched towards—a perpetual utopia perpetually just almost within grasp.

The present becomes a constant and enlightening dawn with the night just behind but not escaped from, as daybreak is but eternally one ray away from an everlasting rising sun.