Boaty McBoatface for President in 2020?

Bespoke: Swipe right or left for each candidate and ballot measure

Despite cries of Russian Hackers stealing the 2016 election, some people want to move voting, or at least the option for it, to the internet, where civic participation is as simple, and as shallow, as swiping left or right…

“[Sheila] Nix [the president of Tusk Philanthropies, an organization aimed at expanding mobile voting] says she hopes more jurisdictions nationally begin offering a mobile app voting option for military and overseas voters. After that, Nix and Sawhney both say, the plan is to expand to other populations that have difficulty with traditional voting options, including disabled voters and people in remote parts of the country.

“Within a decade, Nix says, she hopes a mobile phone-based option is widely available, because she feels like younger voters won’t vote without one.

“’Our theory is, let’s get it started … so that in four or eight years from now, when we get an influx of young voters, we have something to offer them and we don’t make our turnout problem worse.’”

Clearly this means only one thing: President Boaty McBoatface! 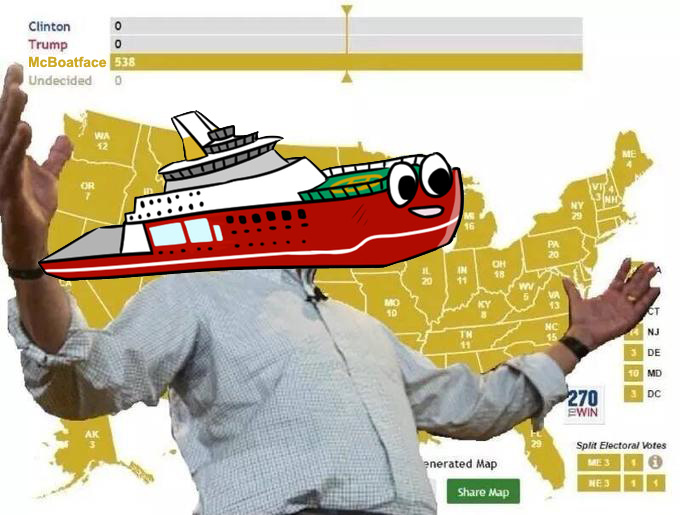 I, for one, welcome our new naval overlord!

This entry was posted in Elections, Progressives and tagged Democrats, derp, FacePalm, GOP. Bookmark the permalink.