The European Union Censors the Internet

Article 11 and Article 13, proposals by the European Union to purportedly protect copyright, have achieved their likely final language, which is just as bad, if not worse than previously reported. 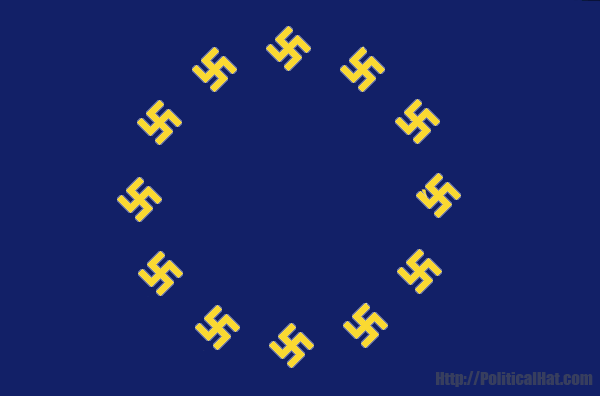 “Reproducing more than “single words or very short extracts” of news stories will require a licence. That will likely cover many of the snippets commonly shown alongside links today in order to give you an idea of what they lead to. We will have to wait and see how courts interpret what “very short” means in practice – until then, hyperlinking (with snippets) will be mired in legal uncertainty.

“No exceptions are made even for services run by individuals, small companies or non-profits, which probably includes any monetised blogs or websites.”

So, mere excerpts such as the above quote will be illegal unless a tax/fee is paid. There is not exception for fair use. This makes transmitting ideas and information problematic as best, with the aim of being able to readily send anything down the memory hole with minimal ways of demonstrating such memory holing. However Article 13 is worse.

“Commercial sites and apps where users can post material must make “best efforts” to preemptively buy licences for anything that users may possibly upload – that is: all copyrighted content in the world. An impossible feat.

“In addition, all but very few sites (those both tiny and very new) will need to do everything in their power to prevent anything from ever going online that may be an unauthorised copy of a work that a rightsholder has registered with the platform. They will have no choice but to deploy upload filters, which are by their nature both expensive and error-prone.

“Should a court ever find their licensing or filtering efforts not fierce enough, sites are directly liable for infringements as if they had committed them themselves. This massive threat will lead platforms to over-comply with these rules to stay on the safe side, further worsening the impact on our freedom of speech.”

This makes it impossible for small independent sites, including individual bloggers, to accept any content unless they “buy licenses”. Furthermore, it makes it impossible for you to have anything hosted unless it has been pre-approved as not violating copyright, which would be expensive and error-prone, making it at best legally endangering for any but the largest media and organizations since if anything is found to be violating copyright than the host of such content become directly liable.

Article 13 presumes guilt and requires one to prove innocence, which is far beyond the means of most. Remind me again who won WWII?

In effect, it means that not only will it become almost impossible for any but the largest organizations to host anything, it makes it impossible to share anything unless one can completely host their own service that they are the only ones who can upload to!

Some additional incite and information. (Get it while you can).

This entry was posted in Progressives and tagged DOOM, Europe, Leviathan, New Feudalism. Bookmark the permalink.