Begun, The Meme Wars Have

The so-called Parliament of the European Union has passed sweeping copyright laws that are tantamount to a proactive censorship that would require licenses to link, pre-clearance of posts, and 24/7 monitoring to enforce vague requirements.

“The Copyright Directive, first proposed in 2016, is intended to bring the issue of copyright in line with the digital age. Articles 11 and 13 have caused particular controversy, with many heralding their adoption as the death of the internet. Article 11, also known as the ‘link tax’, would require online platforms such as Google and Facebook to pay media companies to link to their content, while Article 13, the ‘upload filter’, would force them to check all content uploaded to their sites and remove any copyrighted material. How this will affect regular internet users is still subject to debate, but it could seriously limit the variety of content available online — and it could pretty much spell the end of memes.”

It should be noted that there is no provision for fair use. This in effect means censorship of information that others claim outside of the others’ recognized control. Commentary has been kneecapped; parody throttled; and memes effectively outlawed.

The internet is on a conceptual basis an interconnected network with linking between sites. Taxing and licensing it turns it from something open and free to regulated utility with a very different idea of what “freedom” is.

A Free Speech Panel held with UKIP MEPs expounds upon the details of what happened further:

It is times like this that those who live in the United States of America ought to cherish the fact that we have a written Constitution and Bill of Rights!

Print out a copy of your constitution, put it in a really nice frame, and kiss it before you go to bed at night.

You have no idea how lucky you are.

That face you make when you've just destroyed the internet #Article13 pic.twitter.com/Rnj08udE2r

Some might object and say this is the will of the people through their elected Members of the European Parliament and thus totes democratic. That’s not how it works. That’s not how any of it works!

It makes one question which side won the Second World War. 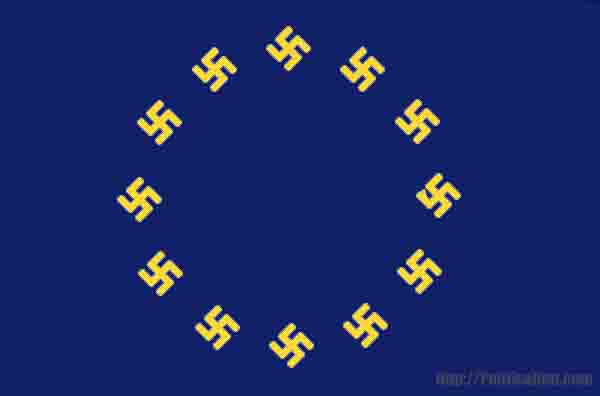 This entry was posted in Progressives and tagged censorship, DOOM, Europe, Leviathan. Bookmark the permalink.

3 Responses to Begun, The Meme Wars Have