What’s Not Beyond The Pale Is Within It

It has become increasingly popular to unperson individuals for wrongthink because merely holding dissenting beliefs puts one beyond the pale of social acceptability. The corollary to this, of course, is that if you set up that standard that what you do or do not allow is coincident with one’s personal values, then anything not eschewed is accepted consistent with, or at least considered acceptable enough to, your moral values.

This has led to companies such as Amazon, eBay, Google, and PayPal to affirm Communism, the Nazis, and the murder of LGBTQ&c. individuals when they allowed such ideas, goods, and expressions, while expressing moral outrage with a Confederate flag or non-Trans-friendly toilets.

The West Hollywood city council now joins this list of histrionic hypocrisy with their call to remove permanently Donald Trump’s star from the Hollywood Walk of Fame.

“The star, which was unveiled in 2007, has been vandalized numerous times and completely destroyed twice. The most recent destruction came in late July when 24-year-old Austin Mikel Clay allegedly took a pickaxe to it.” 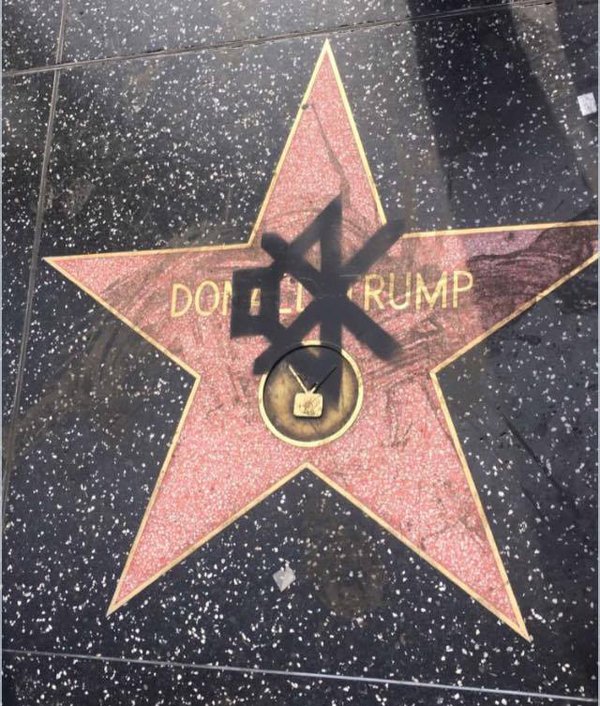 Yet they didn’t bother to ask for the removal of Kevin Spacey‘s star despite his pedophilia scandal, or even that of Bill Cosby, who is a convicted rapist.

If Donald Trump is beyond the pale for “the separation of children from their parents at the border, the denial of the impacts from climate change on the word, Trump’s treatment of transgender individuals and the denial of findings from the intelligence community of Russian interference in the 2016 election”, then how can actual rape not also be beyond the pale? Does the West Hollywood city council actually approve of such things? Or does it just have a double standard whereby those who share their political views are given carte blanche to do as they will while political unpersons are to be condemned for whatever excuse can be thought up at one moment or the next?

And NO, just because these are the “new rules” does not mean you have to feign lament to this brave new moral world while engaging in the same line of logic. Some things really are beyond the pale, and ought never to be excused in a civilized society.

This entry was posted in Progressives and tagged Democrats, GOP, Leviathan, Social Justice. Bookmark the permalink.