Witless Tools of the Left

America, and Western Civilization in general, has been co-opted by Cultural Marxists who have fundamentally transformed us. Thee are many good sources that succinctly and frighteningly lay out exactly how the virulent Left has done this. 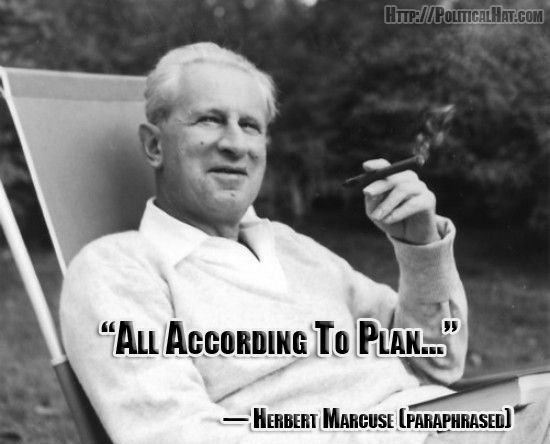 However, just because someone realizes the depths of the machinations of Cultural Marxism, does not mean that person is just as injurious to the Anglo-American civic heritage, and more broadly Western Civilization itself, and equally as vile in their own way. A perfect example can be seen by YouTuber “Vertigo Politix”.   This particular individual was first come across by your humble author via a video entitled “The Architects of Western Decline: A Study on the Frankfurt School and Cultural Marxism”:

In and of itself, this video covers much the same ground as many of the above noted sources, and it would seem does have actual information, or at least an inkling of people, works, and events in the past one could investigate for themselves.

Notwithstanding the what merits might be found in said video, a cursory examination of many of VertigoPolitix’s videos demonstrate a far more disturbing set of messages, including a screed again race-mixing/miscegenation, justifying how (((Jews))) are the enemy, and otherwise praising Hitler and the Nazis for standing up against (((globalism))). The irony being that National Socialsm is the twin whelp from the same Hegelian dialectical bitch.

Ultimately, the truth of the dangers of Cultural Marxism become conflated with White Nationalism, thus dooming the truthful message regarding Cultural Marxism by inexorably tying it to vile racism that will, as it ought to be, rejected out of hand, or worse yet, encouraging others to make such a conflation and thus multiplying the damage.

In effect, there is no greater enemy to the “White Race” than White Nationalism.

There is no more witless a tool then they.