The English Language is Liberating; The Left want to Corrupt and Silence It

George Orwell’s Newspeak was intended, within the world of 1984, to limit freedom of thought by limiting or eliminating words that described concepts antithetical to INGSOC. As the book describes:

“By 2050—earlier, probably—all real knowledge of Oldspeak will have disappeared. The whole literature of the past will have been destroyed. Chaucer, Shakespeare, Milton, Byron—they’ll exist only in Newspeak versions, not merely changed into something different, but actually contradictory of what they used to be. Even the literature of The Party will change. Even the slogans will change. How could you have a slogan like ‘Freedom is Slavery’ when the concept of freedom has been abolished? The whole climate of thought will be different. In fact there will be no thought, as we understand it now. Orthodoxy means not thinking—not needing to think. Orthodoxy is unconsciousness.”

It is the civic heritage that has established as a global presence such concepts as everyone—including the government—being constrained by the law of the land, the sanctity of private property, worship, and speech being held sacrosanct, and ultimately that rare combination of freedom to choose combined with the wisdom to choose wisely. Those mores, folkways, and customs are transmitted through a language that has become the vehicle of such values: English. 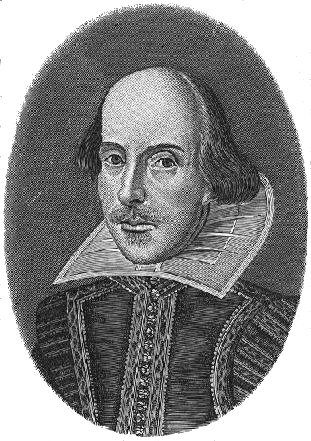 It is little wonder, then, that those who wish to fundamentally transform America take hostile aim at the English Language.

English is denigrated by intentional attacks on grammar and spelling via the appellation of the accusatory term “racist” that has an “unjust language structure“. Oh, how doubleplusungood!

Case in point: The University of Washington at Tacoma, seeks to overthrow crimethink by “helping writers write and succeed in a racist society” and asserting that [r]acism is the normal condition of things [… that] “is in the systems, structures, rules, languages, expectations, and guidelines that make up our classes, school, and society.”

Overturning society and reshaping society, then, requires an open assault on the “unjust construct” that is the English language. The “Statement on Antiracist and Social Justice Work in the Writing Center” at the University of Washington at Tacoma’s Writing Center goes on to state:

“Because we all live, work, learn, and communicate within such racist systems, the consultants in the writing center assume that a big part of our job is to help students become more critical of these unjust language structures as they affect students’ writing and the judgment of that writing. In particular, being aware of racism as structural offers students the best chances to develop as writers and succeed on their own terms in an inherently racist society.

“Furthermore, by acknowledging and critiquing the systemic racism that forms parts of UWT and the languages and literacies expected in it, students and writing center consultants can cultivate a more socially just future for everyone. Just avoiding racism is not enough because it means we are doing nothing to stop racism at large, and it amounts to allowing racism to continue.”

But why stop there? With “multi-culti” diversity, America’s ability to assimilate peoples wherein most people are not speakers of English is at an all time nadir. Immigrants, both illegal and legal, and their families—especially children—can not truly assimilate into, or inherit, our civic heritage if they do not learn the language in which said civic heritage is communicated.

Rather than teach children of non-English speaking families the English language, public schools accommodate dozens upon dozens of different languages. Not only does this serve to prevent students from learning and embracing the wrongthink of our civic heritage, but is segregates them and turns them into second class citizens (assuming that they are citizens) forever hobbled by little to no understanding of the lingua franca of not only America—not even only of the Anglophere—but also of science and the world at large.

“Among the ways such distance between rulers and ruled was maintained was to ensure that their own progeny were given the benefits of being educated entirely or very largely in the English language, while at the same time blocking as many other citizens as possible from learning the language.”

The choice we face is clear: English and freedom; or ignorance and submission.

3 Responses to The English Language is Liberating; The Left want to Corrupt and Silence It