The “Black Legend” was one of the plethora of examples of different countries and peoples trash talking each other since time immemorial.  More recently, though, it has become a rallying cry against “Anglo” culture that “usurped” the rightful Spanish-speaking foundational basis of the United State of America. 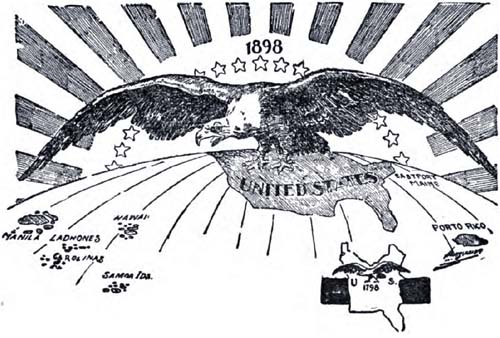 Now, it is being used to deny the true and wonderful genesis of the American essence.  It is being used as an excuse to delegitimize America.  Above all else, it accuses others of racism, by utilizing racism itself.  With the recent invasion of illegal immigrants, it has come back to the fore front.

How do they begin?  Simply thus:

“These newcomers are well indoctrinated; four of the sample questions on our naturalization test ask about Pilgrims. Nothing in the sample exam suggests that prospective citizens need know anything that occurred on this continent before the Mayflower landed in 1620. Few Americans do, after all.

“If Americans hit the books, they’d find what Al Gore would call an inconvenient truth. The early history of what is now the United States was Spanish, not English, and our denial of this heritage is rooted in age-old stereotypes that still entangle today’s immigration debate.”

They go on and describe Spanish and later Mexican presence in what is not the territorial United States.  This of course, is irrelevant.  America is not defined by territorial boundaries, or even of racial boundaries.

Stereotyping and trash talking others, as noted previously, has been the norm since the dawn of man.  Disgracefully, Americans have not been immune from this.  But contrary to practically every other nation on Earth, America has been able to go beyond such boundaries because our defining characteristic has been neither territory or race, but a civic virtue that is open to all those who choose to embrace it.

Therein lies the danger from mass illegal immigration in a country where “diversity” and “multi-culti” ideology holds increasing sway, particularly over the Leftist segregated ethnic and racial groups they threaten whenever one of “their” group dares step ideologically out of line.  From this, they make a blanket statement that opposition to letting the entire world, if the world so wished, from walking right into the United States is “racist.” Our civic heritage is diminished and swept aside us usurporous and evil, and thus relegated to the dustbin of history: America ceased to be America.

“Racism” is a powerful accusation.  So powerful, in fact, that people will drop any stance against illegal immigration and accept any argument in its favor just to avoid being seen as an unrepentant racist (though still a racist).

Reality, thankfully, is in opposition to such drivel.  Our heritage runs not through Anasazi cannibalism or Spanish fortresses, but from the Witenagemot, through Runnymede and Yorktown, to the modern day.

Yes, this heritage can be traced back to the Anglo-Saxons, but this simple truth is not racist.  This truth transcends race and this heritage is the only truthful one poised to be a universal one.  Not simply our language and common law, but the idea of freedom as we understand it:  Where everyone including the government is constrained by the law; the sanctity of private property, worship, & speech is held sacrosanct; the industrious virtue of getting ahead through working hard; and the moral virtue to choose wisely with the freedom of choice we hold.

America is exceptional because of that heritage, with other nations of the Anglosphere casting an ever wider reach.  MEP Daniel Hannan was born in Hispanic Peru and understands what that heritage means, and how America’s heritage stems not from that, but from a different and most extraordinary heritage.

This entry was posted in Progressives and tagged Kyriarchy, Patriotism, Social Justice. Bookmark the permalink.

2 Responses to The Not-So-Black Legend