Obama’s Intersectional War on the Military

Every one know what “intersectionality” is and why it’s biggest political questions that most people don’t talk about?

If so, skip the next paragraph and read on. If not, a quick summary:

“Since a purported confluence of one such declared minitude—the Kyriarchy, consisting of White, straight, male, “cis”, &c. individuals—is blamed for oppressing all others by utilizing intersectional hierarchies to trick everyone else into oppressing everyone else, the doctrine of equity must then decree that the share of power, wealth, &c. of those Kyriarchs be minimized, or even abolished, in order to compensate for their kyriarchical systems of oppression, thus giving everyone else equity in order for the dieu faux Volonté Générale to be a true democracy and reflection of the greater whole.”

So why is it so important to know what this madness is?

Because the Barack Obama administration (and given the chance, a Hillary Clinton administration) is now mandating this insanity be pushed on the military:

“The president issued a memorandum on Wednesday entitled ‘Promoting Diversity and Inclusion in the National Security Workforce.’ The memo requires all 17 intelligence agencies, including the Pentagon, State Department, and Department of Homeland Security, to report back in four months on their progress in collecting information about diversity in their workforces, such as employees’ sexual orientation and gender identity.” 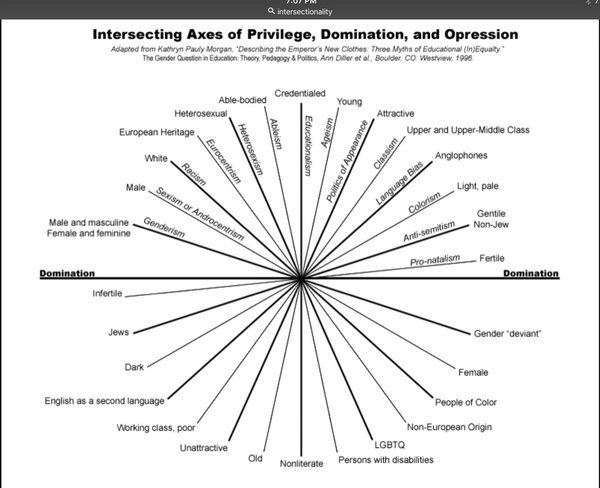 Just how stupid does it get? This stupid:

“The training can be phased in, and priority will be given to divisions that rank low on the New Inclusion Quotient, or ‘New IQ,’ average. The New IQ is calculated by asking employees about the ‘5 Habits of Inclusion’ to see if their work environment is ‘supportive’ and ’empowering.’

“The unconscious bias training will be used to address ‘intersectionality.’

“‘Agencies should give special attention to ensuring the continuous incorporation of research-based best practices, including those to address the intersectionality between certain demographics and job positions,’ according to the memo.”

A copy of the memo can be read below:

3 Responses to Obama’s Intersectional War on the Military