“Political arrests are a rare growth industry in Venezuela. When Nicolás Maduro became president after Hugo Chávez’s death from cancer in 2013, there were about a dozen prisoners of conscience, according to Foro Penal, a local nongovernmental organization. Today, the number hovers at around 100, and some 2,000 people are the subject of politically driven judicial prosecutions.

“The government’s latest targets are Francisco Márquez and Gabriel San Miguel, two civil servants working in a mayor’s office who were summarily arrested at a highway checkpoint in a remote area of northern Venezuela on June 19. Along with hundreds of other activists, they were traveling that day to help collect signatures to petition for a referendum to remove Mr. Maduro from office.

“In Mr. Maduro’s more heavy-handed and more paranoid understanding of the Socialist revolution, political arrests are no longer just a mechanism for party discipline. They have become a tactical tool for controlling the national conversation. Acting through pliant prosecutors, judges and the secret police, the Maduro administration has used arrests to feed conspiratorial narratives about plots to overthrow the president, sow discord among opposition factions and, more recently, as bargaining chips.” 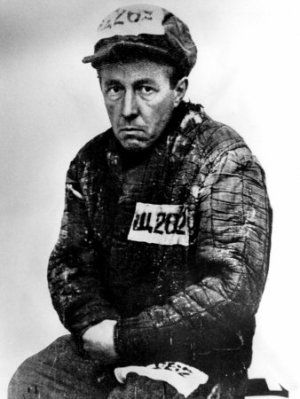 At this point, Maduro will have to put together an archipelago of sites in Venezuela in order to take care of all these enemies of the perpetual socialist revolution.

This entry was posted in Progressives and tagged Communism, Leviathan. Bookmark the permalink.