Lights Out For Venezuela?

Venezuelan President Maduro is taking an increasingly naked dictatorial role, going to far as to end democracy as it is of no further use to him, and seems hellbent on destroying his own country.

Not to stopped at merely running out of medicine and toilet paper, Maduro has instituted rolling blackouts and a “two day” work week.  Why a two day work week?  Because not only have they run out of money, but they can’t even afford the cost of printing new hyper-inflated cash!

“In a tale that highlights the chaos of unbridled inflation, Venezuela is scrambling to print new bills fast enough to keep up with the torrid pace of price increases. Most of the cash, like nearly everything else in the oil-exporting country, is imported. And with hard currency reserves sinking to critically low levels, the central bank is doling out payments so slowly to foreign providers that they are foregoing further business.

“Venezuela, in other words, is now so broke that it may not have enough money to pay for its money.” 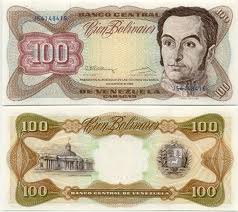 Venezuela has the largest proven oil reserves in the world.  It is a testament to the failure of socialism that a country so rich in resources can be so badly managed that they are on the precipice of total collapse.

Maduro has gone so far as to change the Time Zone that Venezuela is in to minimize the impact!

At least they can drown their sorrows in beer… oh wait…

The largest private Venezuelan company and producer of 80% of the beer consumed here began to shut down its last beer plant on Friday, the latest deprivation in a country crippled by shortages.

This is nothing less than the suicide of Venezuela:

“I have watched the suicide of a nation; and I know now how it happens. Venezuela is slowly, and very publically, dying; an act that has spanned more than fifteen years. To watch a country kill itself is not something that happens often. In ignorance, one presumes it would be fast and brutal and striking – like the Rwandan genocide or Vesuvius covering Pompeii. You expect to see bodies of mothers clutching protectively their young; carbonized by the force or preserved on the glossy side of pictures. But those aren’t the occasions that promote national suicide. After those events countries recover – people recover. They rebuild, they reconcile. They forgive.

“No, national suicide is a much longer process – not product of any one moment. But instead one bad idea, upon another, upon another and another and another and another and the wheels that move the country began to grind slower and slower; rust covering their once shiny facades. Revolution – cold and angry. Hate, as a political strategy. Law, used to divide and conquer. Regulation used to punish. Elections used to cement dictatorship. Corruption bleeding out the lifeblood in drips, filling the buckets of a successive line of bureaucrats before they are destroyed, only to be replaced time and again. This is what is remarkable for me about Venezuela. In my defense – weak though it may be – I tried to fight the suicide the whole time; in one way or another. I suppose I still do, my writing as a last line of resistance. But like Dagny Taggert I found there was nothing to push against – it was all a gooey mess of resentment and excuses. ‘You shouldn’t do that.’ I have said. And again, ‘That law will not work,’ and ‘this election will bring no freedom,’ while also, ‘what you plan will not bring prosperity – and the only equality you will find will be in the bread line.'”

There is one glimmer of hope: A potential recall of President Maduro.

“Venezuela’s opposition presented reams of signatures to election authorities calling for a referendum to remove President Nicolas Maduro, who they say is to blame for a crushing economic crisis.

“Venezuelans fed up with food shortages, soaring inflation and now a paralyzing electricity crunch have flocked to sign a petition for a recall referendum, according to the opposition Democratic Unity Roundtable (MUD).

“It said it had presented 1.85 million signatures — more than nine times the number needed to launch the referendum process — to the National Electoral Board.”

But then, Maduro’s minions control the National Election Board, so they could easily void sufficient signatures, or allow an election and just call it for Maduro.

Perhaps, not even mandatory happiness will help them…

This entry was posted in Progressives and tagged Communism, DOOM, Leviathan. Bookmark the permalink.