The Ultimate Tool of White Supremacy (in the 3rd grade)? Brownies!

“A third grader had made a comment about the brownies being served to the class. After another student exclaimed that the remark was ‘racist,’ the school called the Collingswood Police Department, according to the mother of the boy who made the comment.” 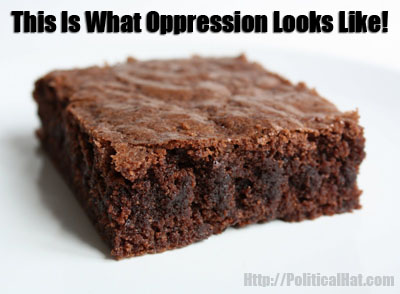 The boy’s mother went on to explain:

“There was a police officer with a gun in the holster talking to my son, saying, ‘Tell me what you said.’ He didn’t have anybody on his side”.

The police responded because they claim is potentially criminal… such as “a simple name-calling incident”.

Ironically enough, the boy’s father is from Latin America.

One Response to The Ultimate Tool of White Supremacy (in the 3rd grade)? Brownies!