Posted on February 3, 2016 by The Political Hat

This is not a pithy title, but what anthropology professor graduate student Michael P. Oman-Reagan state’s he is trying to do. 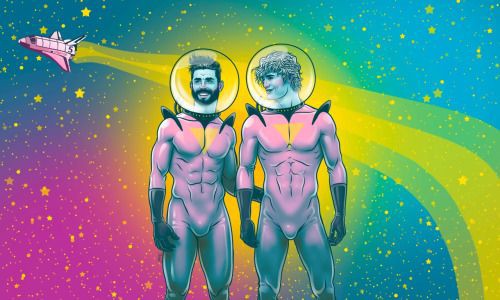 “However, from at least the 1970s, some space scientists have challenged this trajectory of resource extraction, neo-colonialism, and reproduction of earthly political economies with alternative visions of the future. Today’s ‘visionary’ space scientists imagine space exploration as a source of transformative solutions to earthly problems such as climate change, economic inequality, conflict, and food insecurity.

“Elsewhere I’m doing research on all of this as a PhD student in anthropology, but here I want to argue that we must go even further than academically interrogating the military and corporate narratives of space ‘exploration’ and ‘colonization.’ We must water, fertilize,and tend the seeds of alternative visions of possible futures in space, not only seeking solutions to earthly problems which are trendy at the moment, but actively queering outer space and challenging the future to be even more queer.”

Like a typical leftist, Oman-Reagan deplores “neutrality” in science and how “expression” of ones non-Whiteness, Queerness, or femaleness!

“If expressions of personal identity are seen as running counter to ‘scientific neutrality,’ and are marginalized within science because of that — we have only to look to the history of science to see how un-neutral this normative notion of neutrality is. And how counterproductive this is for science and creativity (e.g., Kuhn on paradigms and scientific revolutions), and for honoring, respecting, and learning from indigenous knowledge and wisdom about the Earth and about space.”

Heck, apparently we need to de-colonize Mars and concomitantly #OccupyMars!

“When NASA received a signal from the Voyager 1 spacecraft in 2012, they called it ‘the sound of interstellar space’ and marked the data as the moment human exploration crossed into the ‘space between stars’ (NASA JPL n.d.). And while science and technology take us to the edges of the solar system and beyond, venture capital is planning how they can terraform new worlds — a neoliberal, capitalist project which has, of course, already stolen the phrase ‘Occupy.’ In response, we need to pre-emptively Occupy Mars while taking one of the many important lessons offered by indigenous people to the Occupy movement, and de-colonize Mars in the process. Which means injecting all of our queer and indigenous selves into the discussions about ‘settling’ and ‘colonizing’ Mars, into these plans to fundamentally change the surface of another planet, to reproduce Earth there.” 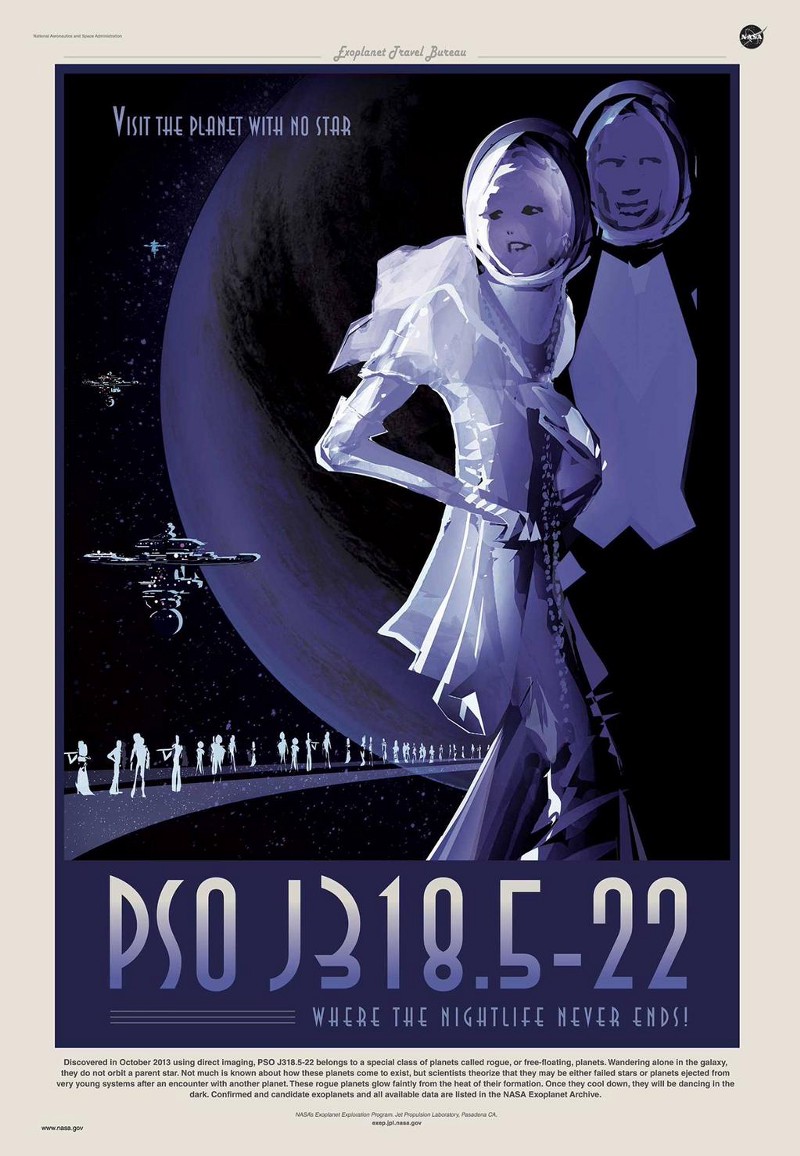 “I realize this is supposed to be a light-hearted poster and it’s ‘all in good fun’ — so even writing this critique makes me sound like I’m absolutely no fun. Quite the opposite, I think that poster is no fun! Why couldn’t it depict other life? Like multi-gendered whale-cats dancing instead? Or humans who don’t look like these two? Or something else, anything else — anything otherwise. Where is the imagination? Is this transposition of earthly aristocrats into space the best we can do? It’s more evidence that we need queer visions of life elsewhere, of exoplanets, of alien worlds. We need more of what Haraway, drawing on Marleen Barr, calls ‘speculative fabulation.'”

Yup, even Sad Puppies were invoked:

“Science fiction is a ‘repository of modifiable futures’ not only in science but also in society. Sci-Fi has been a site of racism, sexism, and xenophobia, as often as it has been the site of imagining better worlds and liberation. The recent battle over the Hugo awards demonstrates the lengths that some will go to to protect their visions of hostile, racist, misogynist, anti-queer, normative futures.”

Remind me again why we fund this type of “academia” again?