Totalitarianism and The New “In The Closet” Class

Apparently, “come out of the closet day” recently occurred.  It has become a day where gay and lesbian individuals “come out of the closet” and declare that they are models of the perfect family life and just like straight couples, aside from their lack of hetero-normative oppression and moral impurity of straightness. 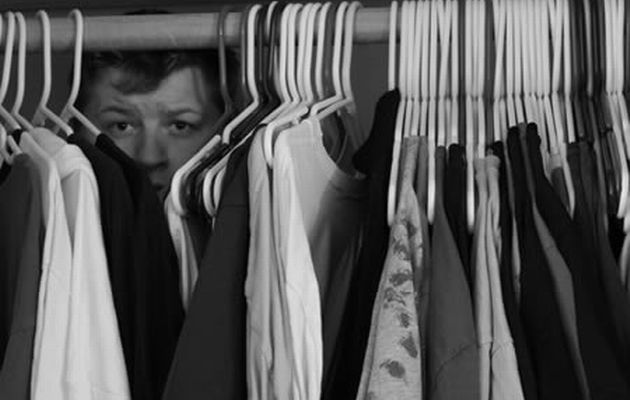 Of course, the Cultural Marist Left were never about equality, nor were they ever about allowing people to do or believe what they wanted without fear of persecution.  You will be made to affirm and participate.

“We have all been watching Rowan County, Kentucky, but Ohio is engaging in radical job redefinition of this sort. In Ohio, clergy, mayors, judges, and others have the option of officiating weddings—but no judge must perform weddings, and no one needs a judge to get married.”

But the Ohio Supreme Court’s Board of Professional Conduct has issued a new ruling demanding that judges perform same-sex weddings. It says judges cannot even opt out of all weddings if they believe marriage is one man and one woman—something President Obama and former Secretary of State Hillary Clinton both believed a couple of years ago.”

The claim is always that one chooses to be a judge or a clerk, thus if you choose to be one you must be willing to support same-sex weddings… even if you disagree with it.  The idea is that only those who support a certain political position, or are willing to violate their conscience and go along with it, will be allowed in.

Of course, this willingness to toe the line is not limited to worktime, but your entire public life… or even your own private life!  Why, you aren’t being prohibited from believing something, only from allowing anyone else to know you believe it!

But this goes beyond same sex-marriage, but to so-called medical privacy, now requires, you to toe-the-line, even if the results are lethal.

“Your next job is assisted suicide… But Vermont, which did so in 2013, is now trying to force doctors to tell sick patients that the doctor can help kill them. Patients who want a doctor who wouldn’t dare suggest deadly poison as ‘treatment’ will have no options. All doctors will be told: ‘Do your job.’

“The same rationale for forcing Ohio judges to do same-sex weddings, which were optional yesterday, would likewise disbar attorneys if they focus on family law involving one-man, one-woman marriages. It would revoke OB/GYN licenses for those who won’t perform abortions. It would cancel oncologist licenses if the oncologist doesn’t promote suicide drugs. It would ban Christians from law and medicine entirely, not to mention public office. This would deny clients, patients, and voters the right to choose a representative who shares their values.”

When things once declared protected by a “right to privacy” is in actuality public policy that you will be forced to participate in.

“But progressives gotta’ progress. The Left’s ultimate objective is not merely to legalize abortion, assisted suicide, or same-sex marriage. It is to weaponize government to coerce your participation. If you don’t ‘do your [newly and arbitrarily redefined] job,’ you will suffer severe consequences: You will be fired. You will lose your law, medical, or other professional license. You will be ineligible to run for public office. You will be unable to earn a living for your family by running a small business.”

But “some… are more equal than others,” and those with real power and real privilege are emboldened by the totalitarian left to force their “privacy” on other people.  But hey, at least you can still stay and do what you want inside your own home in the closet… for now.

This entry was posted in Healthcare, Progressives and tagged DOOM, Leviathan, Social Justice. Bookmark the permalink.

One Response to Totalitarianism and The New “In The Closet” Class