The Fundamental Transformation of America

Relying on common law and tradition limited the power of those in the present. It shackles politicians and judges alike in order to limit them and protect us.

Those rights will be replaced with the made up rights found in civil law European nationals, particularly when it comes to “balancing rights”. Any right that can be balanced can be balanced away and voided.

The recent Supreme Court cases over Obamacare and Same-Sex Marriage are the tipping point where invented “rights” trump the musty old annals of Common Law and shared existence.  One such invented right is the “right to dignity“

To understand how revolutionary, in every Jacobin sense of the term, one must understand how things worked before this brave new world was thrust upon us:

“In Glucksberg, the Supreme Court reversed the Ninth Circuit’s holding that the Constitution contains a substantive-due-process right to assisted suicide. Substantive due process is a doctrine under which courts may discover and enforce unenumerated constitutional rights. The Supreme Court stated that in order to find a substantive-due-process right, a court would have to determine that the right, based on a ‘careful description’ of what it included, was ‘objectively deeply rooted in this Nation’s history and tradition.’

“Under the Glucksberg standard, same-sex marriage has no roots whatsoever in American history, and the existence of a general right to marriage does not help. The right to marry might be deeply rooted, but nearly every state for nearly all of American history has limited marriage to individuals of opposite sexes.

“Rather than admitting that there was no substantive-due-process right to same-sex marriage, Justice Kennedy buried Glucksberg. He acknowledged that the Glucksberg test ‘may have been appropriate’ when talking about assisted suicide, but claimed that a more lenient approach is appropriate when ‘discussing other fundamental rights.’

“With Glucksberg out of the way, he had no need to find a historical right to same-sex marriage so long as he could find a more general right that could conceivably encompass it. Kennedy made this doctrinal change without any substantive legal analysis or explanation as to why the seemingly sensible limitation on judicial power should be lifted.

“Not satisfied with simply removing Glucksberg’s ‘careful description’ requirement, he also called into question its ‘rooted in this Nation’s history and tradition’ requirement. Kennedy stated that ‘rights come not from ancient sources alone. They rise, too, from a better informed understanding of how constitutional imperatives define a liberty that remains urgent in our own era.'”

The Obamacare decision, itself being primarily an enabling act that trumps the separation of powers, is the final nail in the coffin of a Constitutional system that used to divide the government up into executive, legislative, and judicial branches, but now has become de facto rule by unelected oligarchs.

That the Supreme Court declared that “established by the state” didn’t mean what it said does nothing but confirm the Humpty Dumpty nature of our brave new Progressive world. 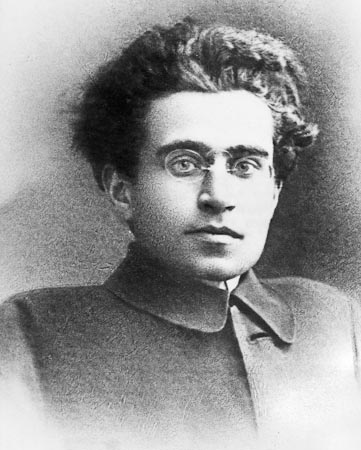 Rather than the rule of law, we have a situation where rights can come and go according to the arbitrary decision of broad and vacuous intent.  The rule of law served to bind the government; the Progressive view is that the government should bind the law.  Now, with conflicting rights, we have the idea of “balancing” rights against each other, either exulting or diminishing one right over another based on some vague government desire.

This is the ideology seen in the South African and Namibian constitutions which declare for equal rights yet guarantee inequality through Affirmative Action.

And what is the desire of the Progressives?

“90% of the left’s attempts at social control are simply attempt to outlaw behaviors they perceived as favored or engaged in by ‘traditional’ ‘conservative’ ‘old-school’ ‘white’ etc. people.”

In effect, cultural and social genocide.

It’s not about equality, justice, tolerance, or freedom.  It is about power.

“To understand the left, you need to remember that it does not care about 99 percent of the things it claims to care about. Name a leftist cause and then find a Communist country that actually practiced it. Labor unions? Outlawed. Environmentalism? Chernobyl. The left fights all sorts of social and political battles not because it believes in them, but to radicalize, disrupt and take power.

“The left does not care about social justice. It cares about power.

“That is why no truce is possible with the left. Not on social issues. Not on any issues.

“These changes have the mad logic of a byzantine ideology behind them, but to the ordinary person their definition of progress seems entirely random.

“The left exists to destroy you. It does not seek to co-exist with you. Its existence would lose all meaning. Any common ground will be used to temporarily achieve a goal before the useful idiots are kicked to the curb and denounced as bigots who are holding back progress.

“The purpose of power is power. The left is not seeking to achieve a set of policy goals before kicking back and having a beer. The policy goals are means of destroying societies, nations and peoples before taking over. If you allow it a policy goal, it will ram that goal down your throat. It will implement it as abusively as it can possibly can before it moves on to the next battle.

This is why no matter how small the change the Progressives demand, they will always want more.  It is not the change per se we must oppose, but those who would wield it as a tool to force themselves on others.  They will always demand more.

“A deeper and more poisonous problem is the breakdown in trust. Again and again, progressives insist that their goals are reasonable and limited. Proponents of gay marriage insisted that they merely wanted the same rights to marry as everyone else. They mocked, scorned, and belittled anyone who suggested that polygamy would be next on their agenda. Until they started winning. In 2013, a headline in Slate declared ‘Legalize Polygamy!’ and a writer at the Economist editorialized, ‘And now on to polygamy.’ The Atlantic ran a fawning piece on Diana Adams and her quest for a polyamorous ‘alternative to marriage.’

“We were also told that the fight for marriage equality had nothing to do with a larger war against organized religion and religious freedom. But we now know that was a lie, too. The ACLU has reversed its position on religious-freedom laws, in line with the Left’s scorched-earth attacks on religious institutions and private businesses that won’t – or can’t – embrace the secular fatwa that everyone must celebrate ‘love’ as defined by the Left.”

But is it too late?  With the momentum the Progressives have gained, they have extended via the Gramscian march through the institutions their influence and thinking to the point where most people have, or will soon, consider anything outside of the Progressive worldview to be doubleplusungood.  Already large majorities support these court decisions because, for example, “wub” matter more than the rule of law.  Even when it comes to “transgenders”, the youngest generation is aghast that a man who calls himself a woman is called a man.

Perhaps the way they have achieved this toppling of America can be summed up by the stages of liberal legal activism (skipping past the fiscal points):

Or, to put it more poetically:

“Here lies a toppled god–
His fall was not a small one.
We did but build his pedestal,
A narrow and a tall one.”

2 Responses to The Fundamental Transformation of America