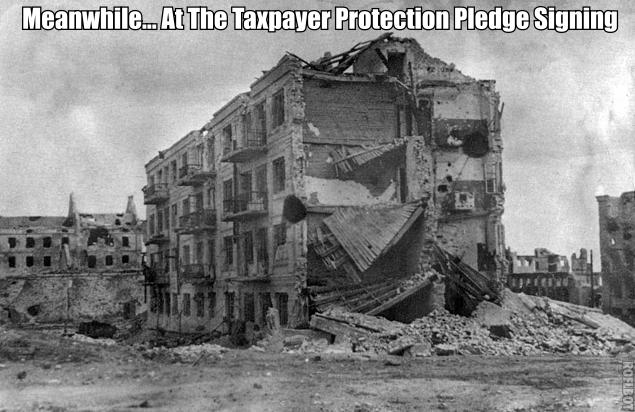 In November, the Republican Party in Nevada swept every statewide race and retook the state Senate.  Unexpectedly, they also gained ten seats in the forty-two seat Assembly to gain a 25-17 majority in that chamber for the first time since the mid-80’s.  The conservatives in the Assembly also gained a majority of the Republican delegation.

This victory ironically set-up the conservative Republicans to failure for one reason: Gov. Sandoval (re-elected with over 70% of the vote) wants to raise taxes to fund education.  The state Senate, where Sandoval’s hand-picked moderates won all three swing seats, is comfortably in his pocket.  However, with a majority of the Republican caucus, the conservatives were poised to not only elect a Speaker but anti-tax Assembly members as chairs of the tax and other committees necessary to pass any tax hike.  Under legislative rules, the chair of a committee has near absolute power to kill any legislation that goes through their committee.

An anti-tax conservative, then would never be allowed by Sandoval to be in a position to kill his tax hikes.

However, a “nuclear option” has been raised, wherein the moderate pro-tax Republicans would vote with the Democrats to elect a Speaker, and committee chairs, who are more inclined to support Sandoval’s tax.

Fiore was replaced as both chair of the tax committee and as Majority leader with pro-tax Republican replacements. And now hardcore anti-tax crusaders are threatening to recall Hambrick and any other Assembly Republican who won’t back Fiore or do enough to stop the inevitable tax hikes

This situation is constantly changing, and exactly what will happen when the Assembly convenes next year is unclear.

In the face of such a situation, the conservative Republicans in the Assembly should have bargained for concessions elsewhere in return for not blocking a full vote of the Assembly.  They could have asked for cuts elsewhere, the removal of bureaucracy, school choice, pro-2nd Amendment legislation, &c. when they were still in a relative position of strength.  While they would have lost the fight over taxes, which they would have lost anyway, they would have been able to make positive changes in most other things, or at least tempered the plans of the Democrats and moderate Republicans.

Yes, it is principled to fight a hopeless battle, and allow your enemy to take everything away from you, but accepting that this is not the hill to die on, and going on to fight elsewhere successfully to advance liberty.

And Assembly conservatives are not all in positions of strength.  Many of the seats they picked up was due to the abysmal lack of turn-out amongst Democrats, and most of those seats are likely lost in 2016.  In contrast, Sandoval is part of a machine that has demonstrated that it can crush Democrats, or even Republicans that spite it.

Sandoval may even help the Democrats take back the Assembly in 2016.  This would serve to punish conservative Republicans from getting out of line, but demonstrate that it is Republican Sandoval, and not Democrat Harry Reid, who butters the Assembly Democrats bread.

This is one time where compromise would be the better option to utter defeat.

Alas, it is likely that it is too late, and the ardent anti-tax crusaders have handed pro-tax Republicans a huge win.