Yes, It Does Have Something To Do With Islam 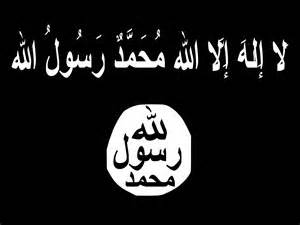 One is free to argue that the gunman’s and the Islamic State’s view of Islam is “not true Islam.”  But it is at best disingenuous, at best, so say that forces that declare themselves an Islamic State, who want to impose their view of proper Islamic Law, and openly declare that they are fighting for Islam, while waving a flag with the statement of Islamic faith AND the Insignia of the founder of Islam, somehow has nothing to do with Islam.

Rather than consider this politically incorrect possibility, some people reflexively blamed the siege on… non-Muslim Australians.  The hashtag #IllRideWithYou exploded over social media under the assumption that the greatest threat was not by actual madmen who kill in the name of Allah, but by Australians who might look at Muslims oddly.

Of course, there was no threat.  The story used to push the #IllRideWithYou hashtag was false and admitted to be so.

The truth of the matter is that the greatest threat to Muslims… is from the very same type of radical jihadi that was responsible for the Sydney siege.  Just recently, the Taliban took “revenge” on Malala Yousafzai, a Muslim girl who just wanted to go to school, by killing nearly seven score innocent school children and their teacher.

Perhaps the best way to protect Muslims is by going after the violent maniac Jihadis that are targeting both Muslims and non-Muslims alike, rather then protect those Jihadis by blaming non-Muslims who bend over backwards to be tolerant and accepting?

This entry was posted in Progressives, War & Terror and tagged Kyriarchy, War on Women. Bookmark the permalink.

One Response to Yes, It Does Have Something To Do With Islam