A writer from the UK version of the Huffington Post seems to have embraces that stupidity, declaring that the Islamic State is neither Islamic nor a State.  On both counts, the author delusionally wrong. 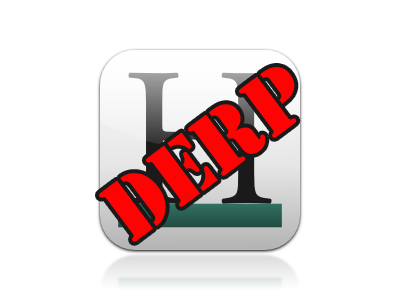 The Islamic State is a fully functional state.  It may be illegitimate, evil, &c., but it is a working state, just as much as Germany was a state under Hitler.

As for being Islamic, the only argument against their being in actuality Islamic is to say that they are not representing what Islam truly believes.  One if free to argue that point; one is free to argue the counter point.  But when the Islamic State declares that everything they do is motivated by Islam, it is rather ridiculous to simply declare that a Western non-Muslim knows more about Islam than Muslims who endeavor to follow the Koran and the Hadiths to the letter.

How does this writer from the Huffington Post defend his ridiculous position?  By declaring that Left wing ideologies aren’t Left Wing!  This idiotic notion has been already been demonstrated to be an idiotic lie.

Let us focus on the particularly lame reasons for declaring that National Socialism was “right wing”.

“The reality is that Hitler and his far-right accomplices outlawed socialism and the Nazis rounded up and killed left wingers before targeting other groups.”

Untrue.  They did not outlaw socialism.  They outlawed competing versions of socialism.  This is no different than the Bolsheviks outlawing the Mensheviks and Socialist Revolutionaries, or later the Soviet Union declaring Trotsky to be a fascist.

“It shouldn’t really take much refection to recognise that Nazism was (and is) a far-right ideology. It victimises people on racial and cultural grounds, suppresses the population and has been in constant conflict with the left since it emerged.”

The Soviets and Communist Chinese victimized people on racial and cultural grounds.  Both regimes killed more people than the National Socialists, and targeting based on race and culture were quite common.  Both regimes suppressed the population.  Yet no one in their right mind would call Stalin or Mao “right wingers.”

This is the sum of the argument given that the National Socialists were “right wing.”

But then, what did we expect… this is the Huffington Post…

This entry was posted in Progressives, War & Terror and tagged Communism, FacePalm, FAIL. Bookmark the permalink.