The following was a comment over at the Ace of Spades HQ by “Colorado Alex”, in response to the Article “Libertarian or Conservative“?

Personally, I prefer to think of a triangle with points labeled “Equality” (Progressivism), “Rule of Law / Stability” (Conservatism), and “Personal Freedom” (Libertarianism). The Right in America runs along the edge from RoL/S to PF, while the Left runs along the edge E to PF. There is some bleed over from both sides onto the E-RoL/F edge. 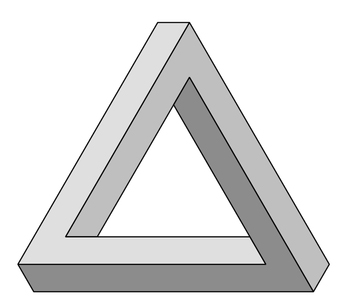 Most American conservatives balance a desire for a stable society where the rules are understood in advance (rule of law), with maximizing personal freedom. Large government is seen as more complex, relying more on the whims of petty bureaucrats to decide what the law says and when to enforce it. Minimizing and simplifying laws are seen as a positive.

American libertarians, by and large, are willing to sacrifice some personal freedom for predictability in the laws and to ensure a stable society.

The result is that conservatives and libertarians may end up with similar conclusions about how to solve a problem, but they’ll often approach it from different directions.

This entry was posted in Uncategorized and tagged Communism, Democrats, GOP, Leviathan, Patriotism. Bookmark the permalink.