The Rise Of The New Communist Menace

Posted on December 7, 2021 by The Political Hat

With the 30th anniversary of the fall of the Soviet Union, and the purported “end of history”, it is easy to forget that Communism still reigns over one in five human beings, with the vast majority living under the most murderous regime to have ever existed: The People’s Republic of China. That that menace is, like the threat of International Communist during the tyrannical reign of the Union of Soviet Socialist Republics, not only totalitarian in nature, but global in scope and imperial in practice.

Communist China is at the crux one of the major potential crises, with the potential invasion of Taiwan (AKA the Republic of China), and intermingled amongst others including a potential nuclear Iran and a de facto alliance with Russia, the later of which is feeling frisky for it’s former Soviet “glory”.

In many ways, a “shadow war” is at hand. This new Cold War is one that is being waged without opposition by one side: Communist China and its growing plethora of minions. Former Secretary of State, and current special envoy for environmental issues, openly declared the Monroe Doctrine to be dead—and oh how Communist China has listened! They openly mock American democracy. The Biden Administration is currently feuding with a fellow member of the Compact of Free Association, the Marshall Islands, and potentially giving Communist China a chance to establish forward bases deep into the Pacific for their fleet, air force, and ground troops to base themselves. 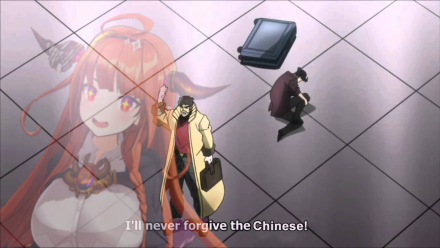 They are openly taking control of the infrastructure in other continents, via their “belt and road” initiative that lured is poorer nation like suckers, including air fields and ports, which will undoubtedly be used as forward bases by the Chinese military.

They are openly creating a new “space race”, where they, and Russia, are well poised to bring war via Communist China’s hypersonic missiles, and the American military admits we are in a “hypersonic arms race” with Communist China.

In the 2nd World War, and every major engagement since then, the United States of America a benefited from being beyond the reach of other militaries, which meant that if the U.S. of A. were to stumble early on, the combination of unmolested industrial might and safety of civilians would allow America the change to right itself and overpower the enemy. But with industries pushed away by bad economic policy and a vulnerable infrastructure, any war with Communist China will make the average American suffer and a potential implosion of the economy and even civil order. A surprise electromagnetic attack is but one way America could suffer a “blitzkrieg” in way that hadn’t been possible before outside of a total global nuclear war with the now defunct Soviet Union.   The American military is responding to this threat, but it may be too little and too late.

With the pillars of systemic privilege and systemic power in the Untied States already bending the knee to Communist China and openly thumbing their nose as any idea of American exceptionalism, the United States of America is perhaps in a more perilous position than most dare realize. This is doubly so when so many on the right have “Red Dawn” style fantasies in which they think they could individually take out an invading army with their AR-15 and then for cripes sake go back to grilling.

Communist China has many of its own problems, from an inverted population pyramid due to their “one child” policy to an economy built on the need for unsustainable growth, but these just make Communist China more of a threat, not less.

The first step to stand up to this threat is to acknowledge that it is a threat, and a serious one at that.

This entry was posted in Progressives, War & Terror and tagged Communism, DOOM, SCoaMF. Bookmark the permalink.

2 Responses to The Rise Of The New Communist Menace