Through The Filtered Lens of Critical Race Theory, Equality Is Discrimination And Freedom Is Oppression

One of the ways that Critical Race Theory is presented as a “legitimate” alternative is to say that it is just an alternative “that challenges the ability of conventional legal strategies to deliver social and economic justice and specifically calls for legal approaches that take into consideration race as a nexus of American life” and that it is just an innocent movement that “champions many of the same concerns as the civil rights movement but places those concerns within a broader economic and historical context” that “often elevates the equality principles of the Fourteenth Amendment above the liberty principles of the First Amendment.”

Even with the rather dry tone it is clear that elevates race as the prime mover of all of society that can only be combated by diminishing civil liberties and thus by inequality under the law achieve equality in principle.

It’s a strange “legal approach” that rejects the entire legal framework within which it seeks to work, much like a deadly virus within the human body.

Even those who pretend Critical Race Theory was created by a handful of so-called “legal scholars” (e.g. Derrick Bell, Alan Freemen, and Richard Delgado) end up admitting to it having certain core tenets that are hard to disguise as anything but Marxist in framework. Tenets include:

“Some of the basic tenets of CRT rest on the belief that racism is a fundamental part of American society, not simply an aberration that can be easily corrected by law; that any given culture constructs its own social reality in its own self-interest, and in the United States this means that minorities’ interests are subservient to the system’s self-interest; and that the current system, built by and for white elites, will tolerate and encourage racial progress for minorities only if this promotes the majority’s self-interest.”

Herein lies the core problem of Critical Race Theory: I presumes the primacy of aspect that the Critical Theory is applied to and further presumes that this primary aspect must have a foundation an oppressor/oppressed dynamic.

In effect, it is an admission that Critical Race Theory is nothing more than an example of begging the question. It is often said by many of its proponents, and others on the Left, that “not seeing color” is to be “color blind” to racism that is all around, and that by mono manically focusing in on race can it be proved that that focused upon racial aspect is dominant and all other ignored aspects are at most subservient. To use a color analogy, it is like putting on a filter that excludes all but one wavelength of light to prove that that frequency is the dominant one and the only one that really matters, regardless of the truth of the full spectrum. Now that is true color blindness. 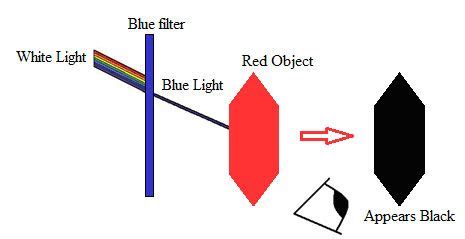 The assumption is the belief that racism is a fundamental part of American society.   This is a form of projection whereby they assume that most Americans are as monomaniac ally obsessed about race as they are. The obvious consequence of this is that American society is denigrated into an expression of White racial essentialism and thus becomes “othered” and inherently alien and atagonistic to non-Whites, while similarly the American state becomes merely a system with the sole or at least primary purpose of maintaining White racial supremacy.

This is farcical at face value. It, of course, ignores that while America, as a society and a culture, was originally founded by Englishmen, it has almost since its exception incorporated more once reviled ethnic groups into the greater whole and as equal participants to American civiliation. America is condemned for practicing racial tribalism, despite being the one society and civilization that has most demonstratively shown the capacity to go beyond such limitation, all while those who preach Critical Race Theory demand that tribalism become the law of the land! This is, yet again, a form of projection.

It also ignores that the law and the actual tenets, precepts, and underlying values of American society and civilization are not racially specific, rather than the idea that cultural values are simply manifestations of an essential nature of different races who have different “ways of knowing”, values, and behaviors that are predetermined at conception and can’t be changed but only infringed upon by “Whiteness”, which is the oppressive mechanism of the fundamental aspect of what makes America, America.

Oh, but that equality under the law is said to be inherently unequal and discriminatory. How? Because if one presumes that race is central to America and America is essentially “Whiteness”, an equally applied law will always favor Whites as the expense of non-Whites, with only those racial equivalents of the petite bourgeoisie being allowed to do well as part of some White scheme. Indeed, they presume that freedom is a tool of oppression.

Equality under the law is presented as a facade that hides discrimination, but at worst American society and culture, in its neutrality, does not stop discrimination from happening; however even this fails upon the evidence that the trajectory—until the rise of Critical Race Theory and Affirmative Action, that is—has been the growing rejection of race as any aspect of law, let alone an essential one, because such discrimination is ultimately antithetical to the very essential nature of America.

“CRT scholars have critiqued many of the assumptions that they believe constitute the ideology of the First Amendment. For example, instead of helping to achieve healthy and robust debate, the First Amendment actually serves to preserve the inequities of the status quo; there can be no such thing as an objective or content neutral interpretation in law in general or of the First Amendment in particular; some speech should be viewed in terms of the harm it causes, rather than all speech being valued on the basis of it being speech; and there is no ‘equality’ in ‘freedom’ of speech.”

Equality under the law and civil liberties are not and can not be tools of oppression, for they are the bulwarks thereagainst! That America has such lofty ideals that it becomes hard to reach does not prove, and can not prove, that it actually effects its opposite. It is that freedom, especially Freedom of Speech, that allowed abolitionists to combat slavery, that allowed Suffregettes to win the vote for women, and for Gay rights advocates to legalize same-sex marriages. It is the content neutrality of the 1st Amendment and the broader rule of law that allows both advocates of Critical Race Theory and White Supremacy to preach the primacy of race essentialism and openly advocate for racial discrimination. It is deviation from those principles of freedom and equality under the law that serves to preserve inequalities and curtail freedom.

Critical Race Theory isn’t a legal theory, but a manichean faith that defines itself by contrast to the evil they ascribe to the other.

3 Responses to Through The Filtered Lens of Critical Race Theory, Equality Is Discrimination And Freedom Is Oppression