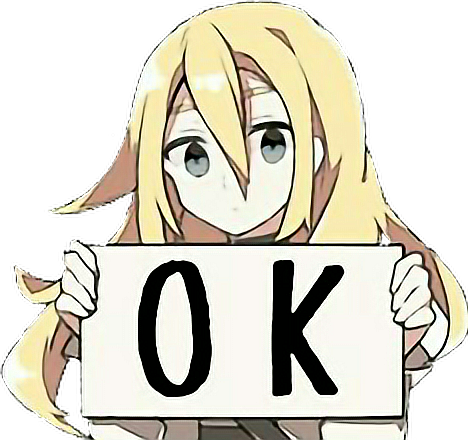 The most likely scenario did indeed give Biden a win, but underestimated the final Electoral College count, according to the veritable Decision Desk HQ. Your humble author considered a 291-247 Electoral College win the most likely, with Biden sweeping the rust belts states Trump flipped that George W. Bush couldn’t (Wisconsin, Pennsylvania, and Michigan), as well as Arizona, which has been trending towards the Democrats along with the rest of the Southwest. However, your humble author considered a 306-232 win for Biden to be almost as likely; the main differential between the prediction and the final results is that Trump kept the Elector from Maine’s 2nd district and kept North Carolina while losing Georgia. Biden won the Electoral college with fewer votes across three states than Trump in 2016 did: ca 43,000 votes across Georgia, Wisconsin, and Arizona in 2016 vs. 78,000 across Wisconsin, Michigan, and Pennsylvania in 2020.   However, Biden increased his relative lead compared to Hillary Clinton with an outright majority in the popular vote that Hillary couldn’t achieve.

Down ballot, the Republicans did better than your humble author predicted, in large part due to a higher than expected willingness of anti-Trump/pro-GOP voters to split the ballot, or an unwillingness of many Biden voters to vote for increasingly and openly hardcore Leftist Democratic party. In North Carolina, Tillis was able to eek out a win in North Carolina proving that his opponents dalliances didn’t come to light to late to matter.   In Maine, Collins was able to get enough vote to avoid the run-off system that has been established in Maine, demonstrating that some Republicans still have and can run on their own brand, independent of the top of the ticket. The Georgia races are yet to be determined, with both unsurprisingly going to a January run-off.

In the House of Representatives, the GOP did indeed see a “dead cat bounce” in the House winning many seats lost in 2018. But the GOP did better than almost everyone else thought and as of the writing of this article won at least 208 seats while leading in an additional 5. This leaves the Democrats with a narrow five vote margin in the House, which could easily lead to the GOP picking up the chamber in 2022 due to the GOP also doing well in legislative races including picking up new trifectas in New Hampshire and Alaska by picking up legislative chambers and Montana by picking up the Governorship, while the GOP lost no legislative chamber they did not already hold.

In Nevada, Biden unsurprisingly won, with a statewide lead not dissimilar from the national lead (at the time of writing). The GOP picked up enough seats to deny the Democrats a super-majority in the Assembly with some strong pick-ups, as well as narrow losses. The GOP also picked up one of the two state Senate seats they could have picked up with, again, a narrow loss in the other. Sadly for the GOP, there was never a chance to pick up either chamber to deny the Democrats a state trifecta for redistricting in the next Legislature.

Of interest is a Clark County Commission seat in which the race was thrown out because there were over 130 ballot discrepancies that could not be explained in a race that had a ten vote difference. The all-Democratic County Commission refused to certify and a special election will eventually be called.

So, now for the analysis!

While Biden has won as most expected, it wasn’t the crushing victory that Obama won in 2008. Quite the opposite, in fact. With the exception of the top of the ticket, the GOP did very well, picking up a governorship, several legislative chambers, a plethora of seats in the House of Representatives, and, most importantly, is poised to keep the Senate. It is that later result which will be the first time since 1968 that a party flipped the White House while not having a majority in the Senate, and only the second time since the Cleveland in the 19th century.

In 2020, voters ended up rejecting both the hardcore Left and Trump. Clearly, it wasn’t an either/or choice. The “defund the police” mantra and continuous BLM/Antifa rioting, combined with a plethora of increasingly vocal hardcore Leftist ideology being aired, kept a lot of voters who couldn’t stand Trump to nonetheless reject Democrats down ballot. Biden’s campaign strategy of coming across as moderate compared to other Democrats and running a “front porch”—or in this case basement—campaign while trying not to opine too much on anything… has worked. It is, at least, a nice break from the ego-centric Presidencies of Obama and Trump.

Trump and the GOP did better with non-White voters and did better in many still Democratic dominated cities. This alone could have won it for Trump if it weren’t for the fact that while plenty of people voted for the GOP when they may not have before, enough people who voted GOP in the past, and did so down ballot, just couldn’t stand him. This was clear in the suburbs, which had reflexively voted against the GOP under Trump in the mid-terms, other off-year general, primary, and special election. However the 2020 results showed that many of them were able to differentiate between Trump and the rest of the GOP. Clearly, many of the swing moderates in the suburbs didn’t like the policies our political outcomes of a Trumpified GOP—they just couldn’t stand Donald Trump the man.

If only Trump had not tweeted and acted without even a modicum of decorum, he would have won the Electoral College. Oh, he didn’t need to go “full establishment” but just acted and spoke with a minimum of restraint and reflection—restraining the need to stoke his ego and not blabbering off the cuff—instead of making everything about him and playing to his adoring base at the expense of important swing voters in the suburbs, like those in the Phoenix and Atlanta.

Going forward, the Republicans are better immediately positioned to start winning after losing the Presidency than they have ever been. Even the huge tsunamis for Republicans in 1994 and 1894 required other events and political actions to result in things tipping overwhelmingly for them. All the GOP has to do is keep the voters it has gained by retaining policies that those voters care about to keep them at the coalition table, while not alienating those voters who were pushed away by Trump and his personality. This doesn’t mean that the GOP will be pure Trumpian without Trump the man, but that it can and will win by keeping its expanded tent while inviting back in those who were alienated not by the party but by a singular candidate. It can win by being a party with a coalition of populists, traditional conservatives, reformers, and yes, even moderates who are alarmed by the rabid Left.

tl;dr The GOP did better than thought and is well poised for the future despite Biden winning the Presidency as expected.

This entry was posted in Elections and tagged Democrats, GOP. Bookmark the permalink.