The Gnostic Mysteries Of Wokeness

It has often been noted here that the ideology of the Left is in all actuality a non-theistic religion and the believe in its tenets a matter of unwavering faith. A twitter user by the Twitter handle of “Lafayette Lee” also makes this observation.

“Whenever I discuss Critical race theory with my friends on the progressive left, they always end up telling me that I just *don’t understand* the subject matter… even though I’ve read exponentially more CRT literature than they have.

“If my friends and colleagues are any guide, the progressive worldview only tolerates two possibilities for rejecting cherished orthodoxies like CRT: 1) an inability to understand (“ignorant,” “uneducated”), or 2) irrational hatred/fear (i.e. racism, sexism, homophobia, etc.).

“‘You just don’t understand’ is the most charitable dismissal someone could ask for from a progressive; it’s a step above the the racism/sexism/homophobia etc. charge- ideal for friends and family…

:Given that these are the only two explanations for dissent, it appears that the progressive worldview is more of a belief system- inherently religious in nature- than a rational conclusion based on evidence, as commonly portrayed…

“At the end of the day, to most progressives, the unconverted and unbaptized are either too simpleminded to comprehend the good word (and therefore- further evangelization is required), or they are too wicked and sinful- which warrants inquisition and forced conversion.

“Often conservatives assume that their progressive counterparts will be turned by more sophisticated, consistent arguments… or that standing by one’s principles will appeal to their sense of virtue. 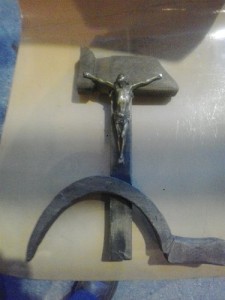 Soon enough, if you don’t recite the catechisms of this secular faith, you’ll be burned on a woke stake.