One of the most blatant of lies is that Antifa are just peacefully protesting against fascism and it is fascists that are causing chaos. The evidence against this lie is myriad, but there are some who believe that Antifa are just “soy boys” who are no serious threat and that will melt away when in the presence of resolve against them. However, while there isn’t any explicit hierarchy with a supreme leader, it is still an organized group with a plethora of cells that can work alone or together, united by an ideology, and with a diffuse leadership class that helps organize their actions, regiment their ideology, and interface with the rest of the Leftist hydra.

If there was any doubt as to their capacity to organize, take a gander at their organizational structure. 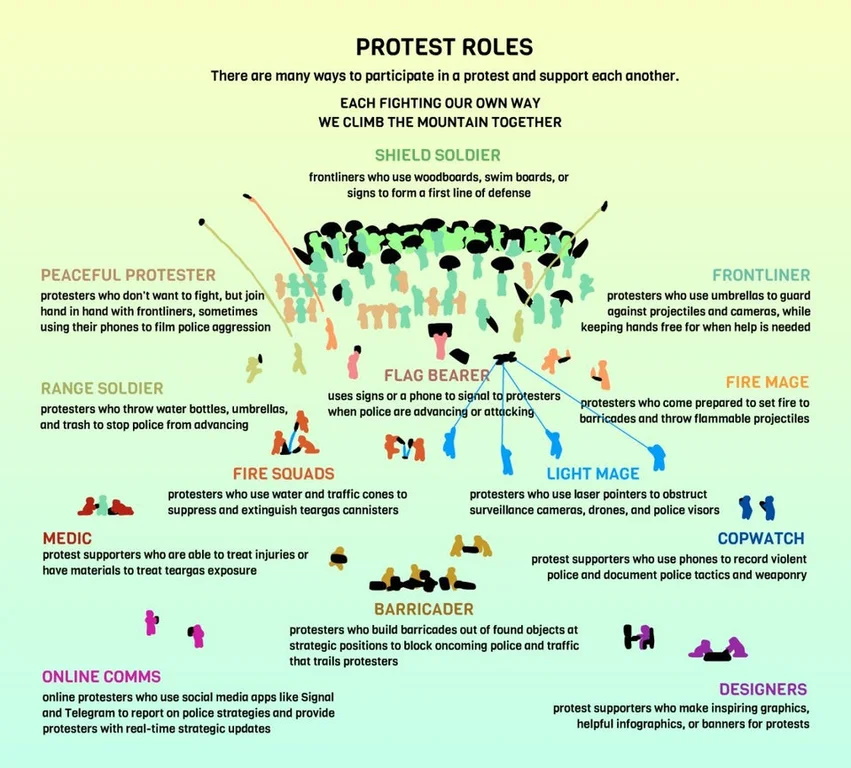 The original poster at the r/AntifascistsofReddit subreddit deleted the image because he/she/it realized that it was being posted out in the open where non-Leftists could find it—but the internet is forever.

Of note in the comments, was the suggestion to attack police wearing face masks with paint which would only work against a gas mask. Also of note is the slip that they use the “Riot.im” online messenger as their preferred means of coordinating.

Antifa is not just some “spontaneous” uprising by revolutionaries on the street, but is fully funded and organized from the outside, complete with bail funds flush with over a million in cash for Portland rioters alone as well as a plethora of supplies for violent rioting.

As much as some want to push the fantasy of an oppressed people rising up against “fascism”, the truth is that this is an organized attack, and even comes from within.

Update: They’ve been caught doing it again in Louisville.

Rioters in Louisville had a U-Haul on standby loaded up with supplies, and immediately geared up as soon as the Breonna Taylor decision was announced.

People pretend these riots happen out of nowhere. They don't. They're well-coordinated and prepared. pic.twitter.com/AuTZp1Z57D