The Normalization Of Polyamory

Posted on September 2, 2020 by The Political Hat 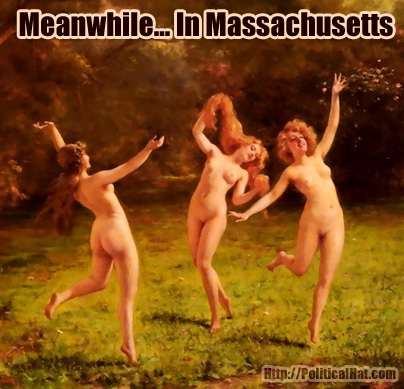 The concept of “smashing the duo-normative concept of marriage” is often dismissed as the fancies fringe eccentrics or bong-loving ex-Congresswomen who pose naked with goats. But when it, or any other mad idea, is embraced by an actual government body—it becomes a situation that requires our attention… and our action.

“A new domestic partnership policy in Somerville that recognizes polyamorous relationships is a powerful symbol, advocates and academics said, though the specifics of its protections remain limited.

“The move is thought to be the first of its kind in the nation, and another step forward in the push for civil rights for those living outside heterosexual marriages.

“‘The Somerville ordinance is an exciting turning point for people who are polyamorous or in multipartner families,’ said Diana Adams, the executive director of the Chosen Family Law Center in New York. ‘There has been tremendous momentum and energy and hope for this for many years.’”

“Adams said the law center hoped to push similar ordinances in other small, progressive cities, in a strategy similar to the one that secured the legalization of same-sex marriage across the country. Polyamory refers to people in consenting relationships with multiple partners.”

It’s not that this is what the Progressive Left wants, only that it is a useful tool to destroy what they hate.

This entry was posted in Progressives and tagged Democrats, DOOM, Social Justice, WTF. Bookmark the permalink.

One Response to The Normalization Of Polyamory