Fight Against The Duo-Normative Diarchy Marches On

With the courts and politicians slowly giving way to the smashing of the duo-normative diarchy that, by sheer irrational animus, has limited marriages just just and only two persons, yet another brave “thruple” have come forth:

“Adam Lyons was dubbed “the luckiest man alive” because he shares his life with two girlfriends, Brooke Shedd and Jane Shalakhova.

“Lyons is already the father of Shedd’s son, Dante, now 2, but now the London-born dad is expecting a baby boy with Shalakhova.

If one accepts that having two mommies or two daddies is perfectly valid as the core of a family, then why not two women and a man, or three men and a baby? 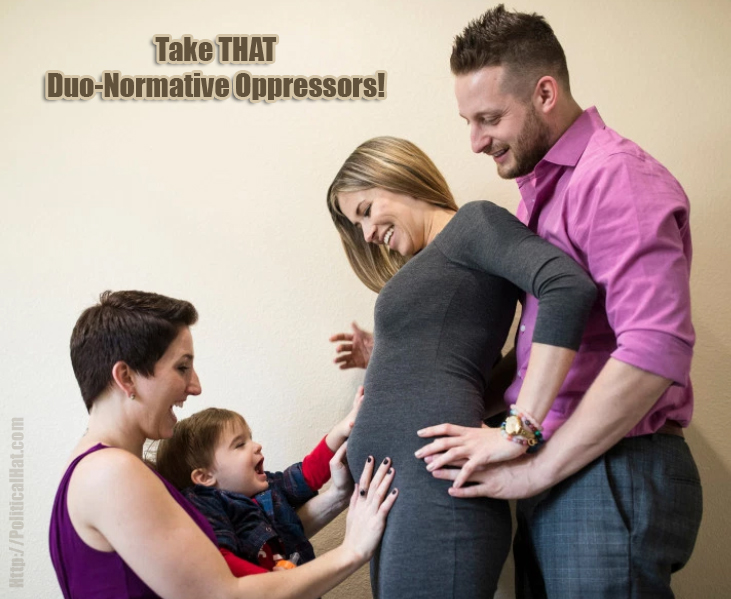 After all, the number “two” is just a social construct.

3 Responses to Fight Against The Duo-Normative Diarchy Marches On