Fictional Spartans: The Enemies Of Wokeness

Posted on September 3, 2020 by The Political Hat

“Shut up and enjoy your conquering enlightened overlords” is a take that does fairly encapsulate the Leftist ideology which is currently seeking to dominate. ‘Twould be “problematic” otherwise, as problematic as fictional Spartans trying not to be conquered.

Putting aside the fact that this is a highly stylized and fictionalized portrait of history that practically screams “artistic license”—the real Xerxes wasn’t an over 6’ tall Brazilian, for example—the take is a bad one. Of course foreigners are to be feared and attacked when they are literally invading your country with the explicit goal of conquest and subjugation. Of course the Spartans were wight and able-bodied, and the movie doesn’t whitewash the fact that physically disabled children were exposed to the elements.   And yes, the Spartans were warriors by trade, but thy didn’t engage in aggression and violence for s**ts n’ giggles.   Heck, in the movie, as in real life, they were the victims of aggression. 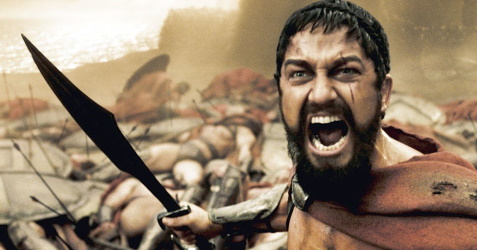 And while the franchise was limited, the Greek city states did enjoy literal democracy, and certainly not a political philosophy what wasn’t invented until millennia after the historical events took place. Yet all this is “problematic” because the movie has themes that don’t fit in with the woke narrative.

Soon enough, all movies of the past will be considered insufficiently woke.

This entry was posted in Progressives and tagged derp, FAIL, Lulz, Social Justice. Bookmark the permalink.

One Response to Fictional Spartans: The Enemies Of Wokeness