Nothing is immune to Social Justice, it seems, with more “geeky” hobbies and pastimes often getting hardest hit, particularly since “geeks” and “nerds” tend to have more formal education from Leftist-dominated institutions. This has been the case, also, with Dungeons & Dragons, which once was considered evil during the “Satanic Panic” along with Heavy Metal and daycare centers, with “evil orcs” being singles out for being racist. Quite the irony since it is the woke crowd who are equating a non-human orc with some human racial group or another. 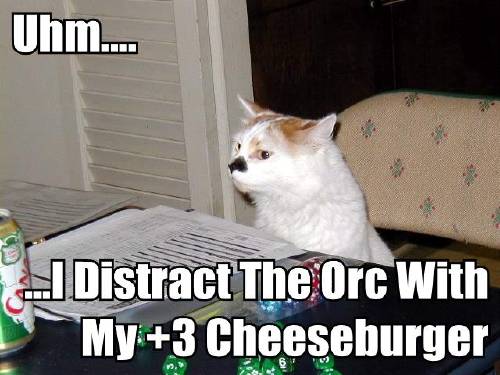 Now, Wizards of the Coast (who currently own D&D) are revamping the 5th Edition to eliminate the idea of inherently evil races such as Orcs or Drow (Dark Elves who live in matriarchies and worship an evil guard) while allowing all races to swap out race specific benefits, drawbacks, and characteristics (so they can presumable become trans-orc or something), which ignores the entire point of having different playable races that have their own benefits and drawbacks, or the fun of playing a contrarian character!

They are even adding disclaimers to “problematic” legacy titles—something reminiscent of the “Parental Advisory” stickers pushed by the PMRC, which was led by later former second lady Tipper Gore. Indeed, the moral panic of the time over music, daycare centers, and, ironically enough, D&D has now been championed by an Oathbreaker Paladin in the current oh-so-woke moral panic of “systemic” oppression.

Of course, the nice thing about D&D, still, is the ability to mode the game and introduce homebrew elements, or alternatively just use the d20 system or one of the other plethora of systems out there with your own created fantasy or sci-fi world.

Wizards of the Coast have stopped thinking and imagining by bending their knee to the woke mob; but you don’t have to in order to enjoy a good tabletop role playing game.

This entry was posted in Progressives and tagged Occupy, Social Justice, WTF. Bookmark the permalink.