Chavez and then Maduro claimed, in large part, to be liberating the Venezuelan people. They’ve certainly succeeded in “liberating” them from peace and prosperity. Why they even used the vaunted Cuban healthcare system to “liberate” them from their own health and well being. And such ecological wonder of wonders, they even “liberated” Venezuelans from the modern scourge of… electricity.

This leave Maduro the time and resources to go after the real enemy: Comedians.   Also, the freedom to crush anyone who dares challenge him for power and authority.

Why, Maduro’s regime is even popular with such internationally fashionable leaders as… Vladimir Putin, who is helping to spread the love/troops necessary win the hearts and minds bullet-riddled-guts of not only the Venezuelan people, but of Venezuela’s neighbors as well. 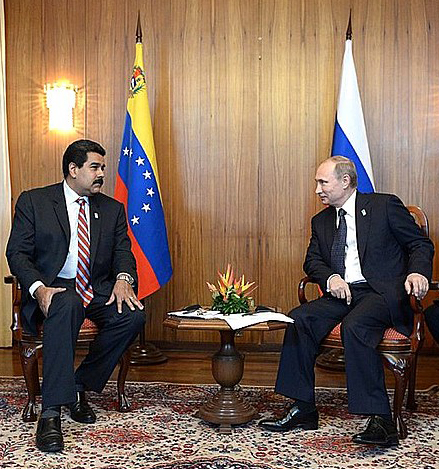 Gee, what a swell fellow that Maduro is…