It is integral to the Progressive Left’s view that everything is not only racist, but created by White people in order to oppress people is some nefarious scheme of oppressive oppressiveness. Case in point: “White people own time“.

“[T] he more generous thing that I can say is that part of what exposing these operations of time should allow us to think about is that we don’t all have the same timescapes. And so if you’re white in the U.S. context, typically you’re taught that time is linear, that every day is a progression beyond the past, that we are not today where we were 50 years ago.

“But if you are African-American in this country, time doesn’t exactly work that way.” 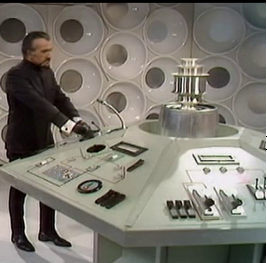 This is just an extension of how non-White people have special “ways of knowing” that justifies rejected objective reality. But then, this sounds more like sheer mental illness rather more than anything else.

“And it reminds me of the ways that past and presents and futures seemingly coexist for African-American folks. And so in that way, time doesn’t feel linear. It feels like the past, you know, past narratives of race that are rooted in violence and rooted in a lack of freedom. They feel like they can become our reality again at any moment.”

Of course, anyone could experience the same thing if they shoved enough acid tabs in their mouth…