In The U.K., Blindness Is Free

When healthcare is a “right”, we are told, no one will be turned away from treatment because of lack of ability to pay before getting treatment. This, of course is true… however, far too many assume that this “free healthcare” somehow means that they will get the treatment at all; in fact, all it means is that people are not turned away due to lack of co-pay, but due to rationing.

“Thousands of elderly people in Britain are left to go blind because of rationing of eye surgery in the National Health Service (NHS), a report revealed on Saturday (April 6).

“The Times newspaper said a survey by the Royal College of Ophthalmologists (RCO) found tens of thousands of elderly people are left struggling to see because of an NHS cost-cutting drive that relies on them dying before they can qualify for cataract surgery.

“The survey has found that the NHS has ignored instructions to end cataract treatment rationing in defiance of official guidance two years ago.”

The big selling point of socialized medicine is that one either doesn’t have to pay at all, or that they don’t have to pay upfront (pre-paying in taxes OTOH…). But the truth is that going blind because you can’t afford eye surgery or insurance is just as inexpensive as having “free” government run healthcare and going blind because you got the short end of the stick with rationing. 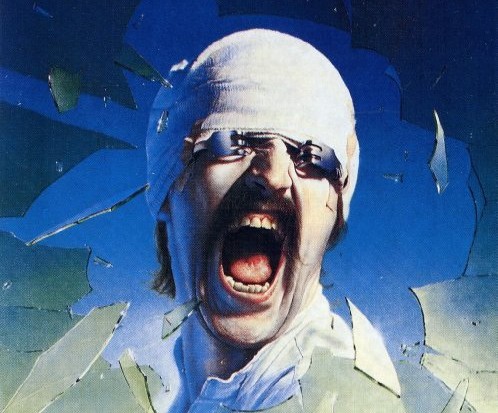 At least with more market oriented healthcare, you at least have the option of going into debt to save your eyesight.

Wouldn’t you rather be in debt and save your eyesight than go blind for “free”?

This entry was posted in Healthcare, Progressives and tagged Leviathan, NHS, Social Justice. Bookmark the permalink.

One Response to In The U.K., Blindness Is Free