According to the British police, the only thing more important than hunting down thought criminals and ignoring gang rape is to crack down… people who buy hammers and other such tools. Why? Because only a terrorist would buy a hammer!!1! 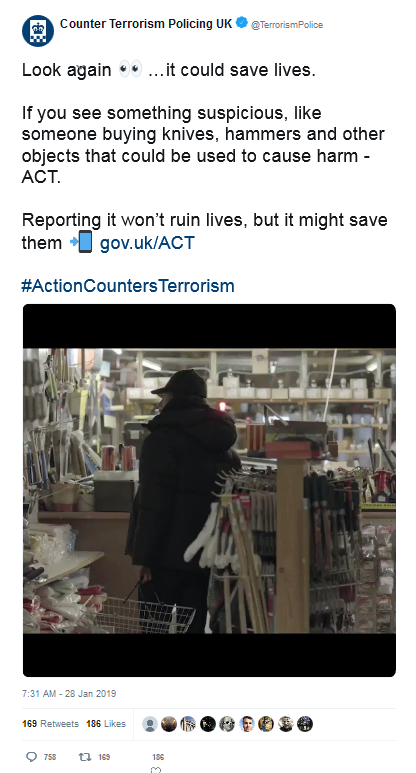 The idiocy and blow back was so great that they deleted the original tweet. However, the internet is forever.

The full video, however is still up as of the time of posting this article. It manages to be even worse because one of the things you are supposed to report to the police as suspicious activity includes… filming the police on your cell phone.

In case you missed it, this week @TerrorismPolice launched the latest #ActionCountersTerrorism campaign across 120 cinemas.

Watch the full video below and remember, if you see something suspicious, report it 📲 https://t.co/AZvXoUQtrG pic.twitter.com/2YwhKGdRS3

One wouldn’t expect anything else from a country insane enough to consider carrying needle nose pliers to warrant jail time.